Dionysus, the ivy-crowned sensuous god of wine and ecstasy, has in him the rapturous beauty, the wandering madness and the frenzied pleasures of wine and insane revelry, all imbibed at once. Here is an article if you want to know what are Dionysus symbols and what they represent.

Dionysus, the ivy-crowned sensuous god of wine and ecstasy, has in him the rapturous beauty, the wandering madness and the frenzied pleasures of wine and insane revelry, all imbibed at once. Here is an article if you want to know what are Dionysus symbols and what they represent.

Dionysus signified a lot of things, wine being the main one. They are all suggestive of how he was born and how he lived in the world of gods and goddesses. Dionysus was born of a mortal mother, Semele and the immortal god, Zeus. Zeus had fallen in love with his priestess, Semele, as he observed her in the guise of an eagle whilst she slaughtered a bull at his altar and then swam in the river Asopus to cleanse herself.

He started visiting her secretly. Zeus had a jealous wife Hera, who found out about the affair. She pretended to be a crone and befriended Semele who knew neither who Hera truly was nor Zeus’s true identity. Suggesting that Semele ask Zeus to reveal his godliness, Hera sought to take revenge.

Semele asked Zeus the same and he was sad and reluctant as he knew that it would kill her. But as he had taken an oath, he finally did reveal his true self and his thunderbolts struck Semele and being a mortal, she burned in it and died. Zeus rescued the fetus that was Dionysus and sewed him into his thigh. Thus Dionysus was born as an immortal. Dionysus was also identified with the Roman god, Bacchus.

Hera, still displeased, wanted to kill Dionysus. Zeus, in an attempt to save him, turned him into a goat. Zeus took him into the dells of Nysa and to the mountain nymphs, Hyades who fed him honey and raised him tenderly and with a lot of care until he turned into a mysteriously beautiful-looking young man. As he lived on the mountains, Dionysus learned to make wine. Hera was still in an enraged pursuit of the riddance of Dionysus and struck him with madness.

In this state, he wandered over the leas and woody vales of the mountains and had several followers. They indulged into drinking the wine that Dionysus made and made contact with the divine through frenzied and wild orgies. He and his followers, shouting the mystic word euoi!, wandered as far as Egypt and then to India, always wrapped in leopardskin, had an ivy-wreath and a thyrsus made of forest pine and fennel twined with ivy and dripping with honey, given to him by the mocking Titans instead of a rightful scepter meant for a king or god. There was always the following of satyrs, nymphs, and women.

The tangible spirit of the elixir made everybody, including Dionysus, lost and found at the same time. In the miraculous and seemingly eternal amorous play of raw sensuality, abandoned dance, flute-playing, drinking with the nymphs, brought them into an ecstatic experience, sublime and delirious. Human women who followed him were usually orgiastic and delirious. They were called the Maenads. If they saw a fawn, an ox or a goat, they used to eat them raw.

Other symbols signifying Dionysus also include lions, serpents, and flutes. These stem from the story in which Dionysus was lying beside the sea and his rapturous youthful beauty made the sailors on a ship think he was a prince. They planned to kidnap him. But he turned into a lion and leaped, with the ferocity of a fiend, onto them and turned the ropes of the ships into serpents and filled the ship with ivy and the sound of flutes by which the sailors went mad and were disoriented and jumped out. Whilst jumping, they were mercifully turned into dolphins. Anybody who did stand in his way was struck with madness.

Symbols of Theater (Tragedy and Comedy), Goat and Bull

The word ‘tragedy’ is also very closely associated with Dionysus as it comes from the words tragoedia, which literally means ‘goat song’ – tragos meaning ‘goat’ and oide meaning ‘song’. The satyrs were very closely related to this form of theater.

There is a story that suggests Dionysus turned into a bull, full of rage but was ripped to pieces by the Titans who ate him then.

Dionysus’s teacher Silenus was one of the cult members who drank until he forgot where he was. Once he got lost wandering about in Midas’ kingdom and fell into a whirlpool; and wouldn’t have got out alive had Midas not saved him. As a gesture of deeply felt gratitude, Dionysus told Midas that he would grant him any wish. And Midas’ greed taking over, he asked Dionysus to grant him a wish where whatever he’d touch would turn to gold.

This Dionysus did, knowing it wouldn’t serve Midas too well. Midas overwhelmed, realized finally, he couldn’t eat as whatever he touched turned to gold. Finally, when King Midas went to hug his daughter and she turned to gold, he regretted having asked for such a wish and Dionysus, seeing that King Midas had finally realized his greed, took the spell away.

One of Dionysus symbols is the need for people outside society to take off their burdening masks and express themselves and return to the basic nature of free, unfettered spirit and wilderness – then, they were women, who were suppressed in society, and slaves and foreigners. The cult of Dionysus wanted to liberate themselves from all the bondage that had been imposed upon them. These have been the symbols of Dionysus, Greek god of wine. 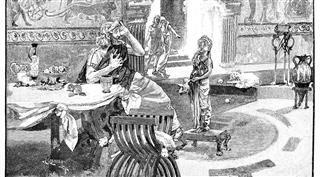 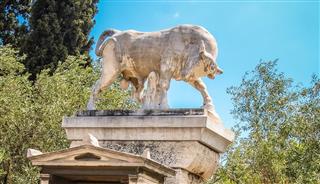 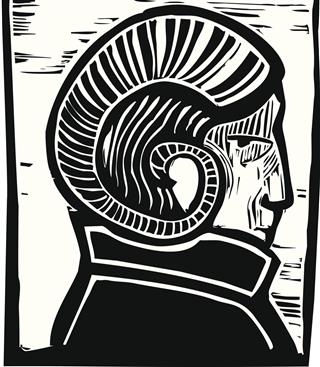 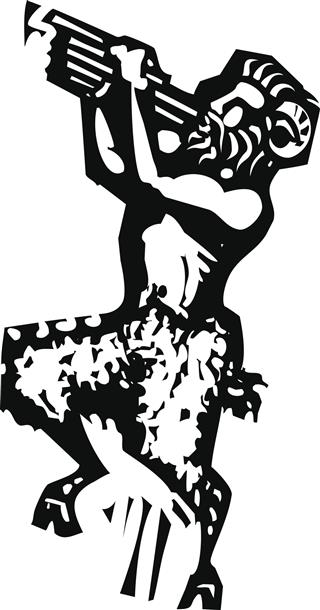 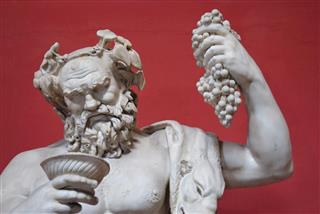 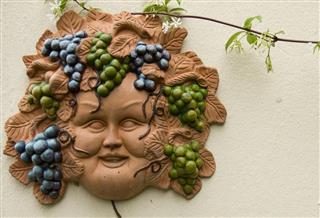 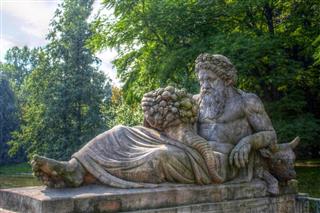 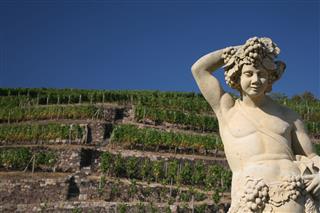