Facts about The Muses in Greek Mythology

The Muses in Greek mythology are associated with various arts and sciences. They have inspired many art forms, and many artists have sought their blessings. This Buzzle article is a compilation of some very interesting facts about the Muses.

Home / Uncategorized / Facts about The Muses in Greek Mythology 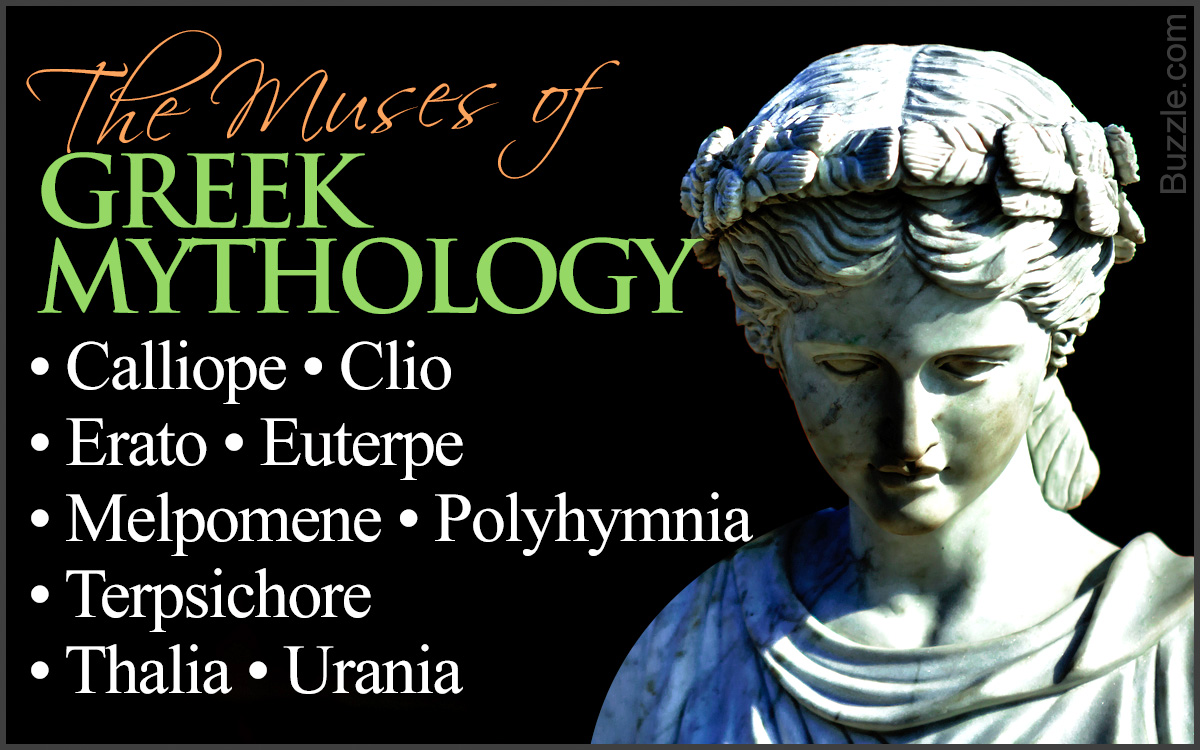 The Muses in Greek mythology are associated with various arts and sciences. They have inspired many art forms, and many artists have sought their blessings. This Buzzle article is a compilation of some very interesting facts about the Muses.

Muse or Mousai in Greek mythology are beautiful deities who inspired various arts and sciences. They were the inspiration for knowledge. It is believed that these muses were invoked by artists to seeks blessings in their endeavors.

There is a lot of inconsistency on the number of muses. But the most common belief is that there were nine muses. Every muse is associated with a different art and has an element as well.

These nine muses are daughters of Zeus and Mnemosyne. According to some sources, Zeus spent nine nights in a row with Mnemosyne, thus the nine daughters were born. They were gifted with memory as their mother Mnemosyne was a Titaness, who was memory personified.

❖ She was the protector of heroic poems and rhetoric art. She was the most important muse, and used to accompany kings and queens in order to impose justice and equality.

❖ Calliope had many famous sons like Orpheus and Linus with Apollo, Mygdon, Edonus, Biston and Odomas with Ares and married Oeagrus.

❖ She is said to be the wisest of the muses.

❖ Clio (also spelled as Kleio) is credited with the invention of history and guitar.

❖ She is always depicted with a clarion in one hand and a book in another.

❖ She had only one son, Hyacinth with a king.

❖ She invented many musical instruments and dialects.

❖ She was always seen with a flute and other instruments.

❖ She was also considered as the muse of lyric poetry.

❖ She always carried a tragic mask, and invented tragedy and rhetoric speech.

❖ Earlier, she was also considered as the muse of singing.

❖ Many Greek and Roman poets used to invoke her before writing.

❖ Her name means delight  in dancing in Greek.

❖ This goddess of dance is usually depicted sitting down with a lyre.

❖ She invented dance, harp, and education.

❖ She always carried love arrows and bows. She was a protector of love and weddings.

❖ Even her name means desired  and lovely  in Greek.

❖ She was a protector of divine art and hymns. She invented geometry and grammar.

❖ She was also a muse of eloquence, dance, agriculture, as well as pantomime.

❖ She is often depicted as a very serious goddess, with a finger on her mouth.

❖ The eldest of the nine muses, Urania was the great granddaughter of Uranus.

❖ She was the protector of celestial objects. She invented astronomy.

❖ She is said to have two sons; Linus with Apollo and Hymenaeus.

❖ According to some sources, she had a son, Corybantes, with Apollo.

❖ Many of her statues depict her with a bugle, trumpet, shepherd’s staff, or wreath of ivy.

❖ Homer sometimes referred to the muses as a single muse as well as multiple muses.

❖ Many Greek paintings and artworks have been inspired by the muses.

❖ Poet Hesiod referred to the nine muses, and used to invoke them when writing.

❖ According to Plato, there were eight muses, associated with eight mystical spheres.

❖ Pausanias, a Greek traveler used to believe that there were three muses, who were worshiped at Mount Helicon. They were Aoidē, Meletē, and Mnēmē.

❖ Later, four other muses were recognized. They were considered to be the daughters of Zeus and Plusia or of Uranus. Their names were, Thelxinoë, Aoedē, Arche, and Meletē.