Information About Nike – The Greek Goddess of Victory

Goddess Nike is one of prominent, interesting, and intriguing figures in Greek mythology. This SpiritualRay will give you some information about Nike - the Greek goddess of victory.

Home / Uncategorized / Information About Nike – The Greek Goddess of Victory 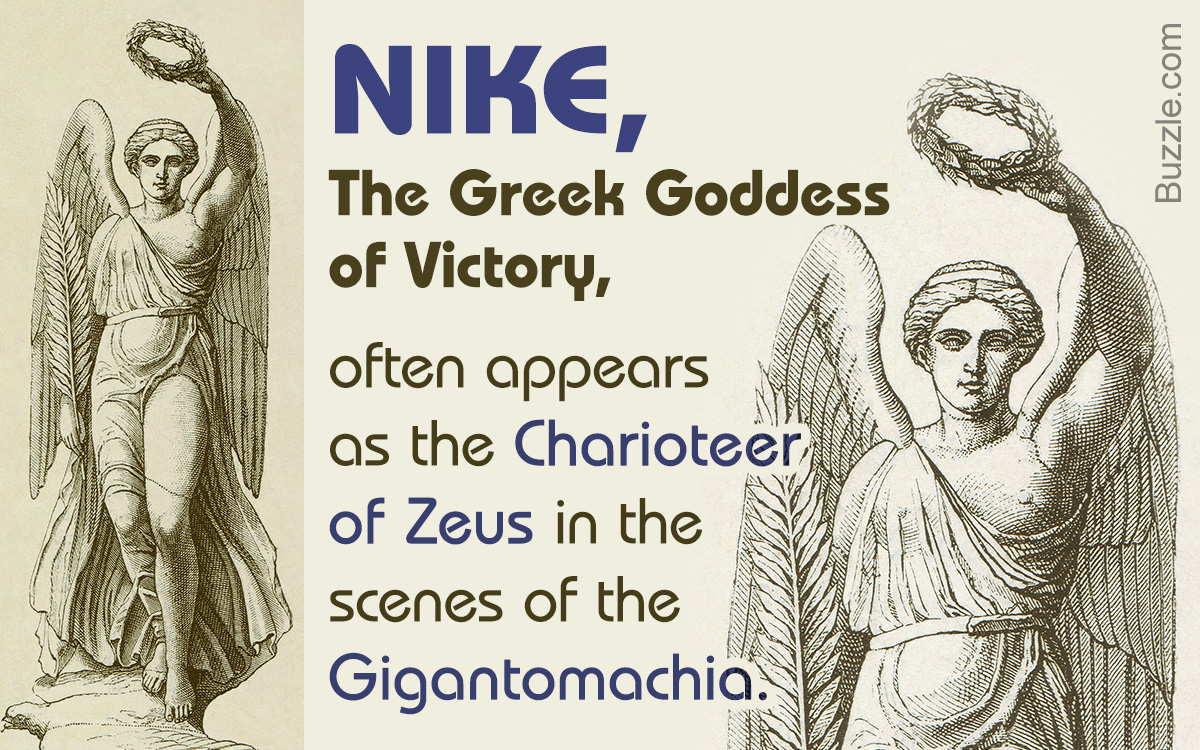 Goddess Nike is one of prominent, interesting, and intriguing figures in Greek mythology. This SpiritualRay will give you some information about Nike – the Greek goddess of victory.

“Styx, the daughter of Okeanos, lay in love with Pallas, and in his mansion gave birth to Zelos and fair-ankled Nike, and then she bore two illustrious children, Kratos and Bia.”—-Lines 383-385, taken from Hesoid’s Thogany

Greek mythology comprises a number of gods and goddesses, prominent among them are the Olympian gods, Zeus, Poseidon, and Hades. Others include Uranus, Athens, Aphrodite, Eros, Hermes, etc. Each god has a significance, for instance, Zeus is the God of the skies, while Hades rules the underworld.

One among the large pantheon of gods and goddesses is Nike, the Goddess of Victory. Though not as famous as the others, she has her own importance in the Greek mythology, and her story related to the war of the giants is quite famous. The paragraphs below will enlist a list of facts related to this goddess.

According to legend, Nike is the daughter of Pallas, the Titan, and Styx, the ocean goddess (not Styx of the underworld). She has 3 more siblings; namely, Kratos (strength), Bia (force), and Zelos (Rivalry). She and her siblings are said to be very close to Zeus, the dominant god of Olympus. In fact, it was her mother who took them all to support Zeus in the Titan war.

She is mostly portrayed with outstretched wings, holding a torch, or a staff, symbolizing victory. She is also seen with a palm branch, a wreath (to crown the winner), an alter, a lyre, or a bowl and cup. It is to be noted that she is always represented in the hands of major divinities, like in the hands of Goddess Athena. She is considered to be the prime symbol of success in all the fields of life.

Her traits are plentiful, some of which are her strengths and others her weaknesses. She can run and fly extremely fast. She can be inconsistent at times. She is an excellent charioteer. She is swift, agile, and very decisive. She is also said to be charming and playful, which explains her associations with love, courtship, and childbirth.

She is particularly significant for the role she played in the Titan war, as the charioteer of Zeus. She and her siblings are appointed as sentinels beside God’s throne. She drove the chariot with the strength and ability of an expert, leading her side to victory. She is said to fly through the war fields, glorifying the winners. What is important here is that she went against her ancestry in her loyalty to Zeus. Through Pallas, she was half-Titan, yet, she fought against the Titans and led the Olympians to success. Considered to be her first victory, the war gave her a permanent place in mythology as the Divine Charioteer. She stands for strength and power, and is also said to be the decider of victory.

THE WINGED VICTORY OF SAMOTHRACE

Goddess Nike is an important figure and has received a lot of prominence, though not as much as the others. Nevertheless, she is worshiped often by the Greek and the Romans alike. In Rome, she is called Victoria. And yes, her name is pronounced as ‘nee kay’, and not ‘nye kee’. Now, you didn’t know that, did you?