A Little Bit of Information About the Religious Habit of Nuns 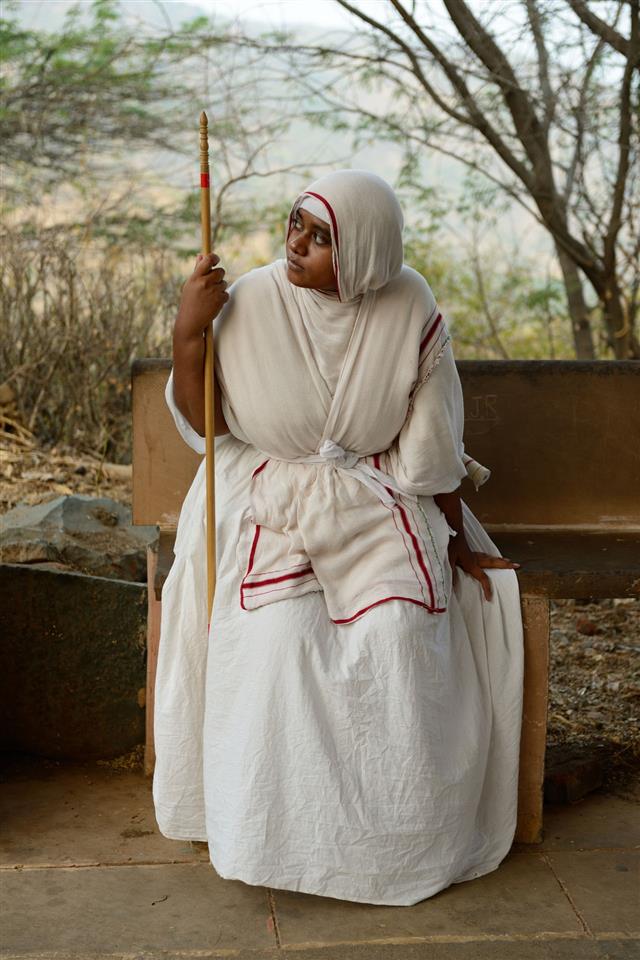 A Cornette was a typical headgear for women in Europe during the 15th to 17th century, which later became a part of the religious habit of the Daughters of Charity (founded by St. Vincent de Paul).

A nun is a member of a particular religious community of women. She is also commonly known as sister. Nuns live a life that is totally devoted to the service of people, ultimately meaning service to God. According to Christian rituals, a nun undergoes a marriage ceremony, where she is first dressed in white as a bride. She gets a wedding ring, and is understood to be married to the Christ. After the wedding breakfast and cutting of the bridal cake, she says goodbye to all her friends, and thus renounces all the worldly pleasures. At this point, she takes on the religious habit, which is black and simple, unlike the white wedding gown.

There is a particular way of dressing followed by all the members of a religious community. The habit worn by nuns is a very sober clothing. Though there are different styles of habits (changing according to different religious groups), a general description of a religious attire would include:

Stiff Coif: It is a cap-like covering for the head made from cotton, or also from starched linen. It is all white, and is tied around the head with the help of a bandeau (a plain headband that is attached to the coif). A bandeau was a piece of traditional wear of the women during Medieval times in Europe. It is like a tight cap worn on the head.

Wimple: It is a part of the traditional habit that encircles the neck, covering the chin. Originally in early medieval Europe, it was a white cloth folded in a specific manner tied around the neck and head, so as to hide the hair of married woman.

Guimpe: This is worn as a clothing that mainly lies on the shoulders. It is also white just like the coif. It covers the lower part of the neck, shoulders, and sometimes, extends over the chest. It is usually worn along with a coif and wimple.

Black Veil: It is a black garment covering the head. It, sometimes, also has a white lining on the inner side. The veil goes on top of the white coif and over all other elements of the headgear. Nuns from certain religious communities did use the veil to completely cover their face, thus leaving only their hands to be visible.

Habit or Tunic: This forms the main part of the religious attire of the nuns. It drapes over the central part of the body starting from the neck, and resembles a loose cloak. It is a garment with pleats from the upper-narrow portion around the waist flowing down till the ground. The serge fabric is used to make this tunic.

Scapular: It resembles a long piece of cloth that rests on the shoulders and suspends down over the back and front. It reaches down up to the knees. It can be black, or sometimes brown, depending upon the religious organization.

Sleeves: The habit consists of 2 pairs of sleeves out of which one pair is larger than the other. The larger pair can be folded up while working or folded down while performing religious rituals.

Rosary: It is a beaded string used for counting purpose during prayers. The beads are usually made of wood. When not in use, the rosary is hooked to the belt on the habit.

Cross: A silver cross hangs from a simple black string or cord worn around the neck.

What Does a Religious Habit Symbolize?

It symbolizes eternal principles and values followed by the members of that particular order. Various parts of the habit have several associated meanings that differ according to different beliefs the members have faith in. They basically represent the core practices by which the nuns abide as a religious member after taking certain vows. So, largely the religious attire of nuns symbolize consecration, asceticism, simplicity, purity, obedience, innocence, poverty, penance, and such other strong feelings of commitment towards the faith.

Although there is a defined form to the religious habit of a nun, it is not adhered to completely by many members of religious communities who follow a modified version of the original dressing style. The habit, thus, has undergone significant changes with time.