A Summary on the Life of Saint Christina – You’ll Cry for Sure!

Attaining martyrdom at a very tender age, this charming and courageous little girl was mercilessly tormented by her father, for her unsinkable and steadfast faith in Christ. Christina fulfills the divine call of discipleship to propagate Christianity among the pagans. Read on to know more...

Home / Uncategorized / A Summary on the Life of Saint Christina – You’ll Cry for Sure! 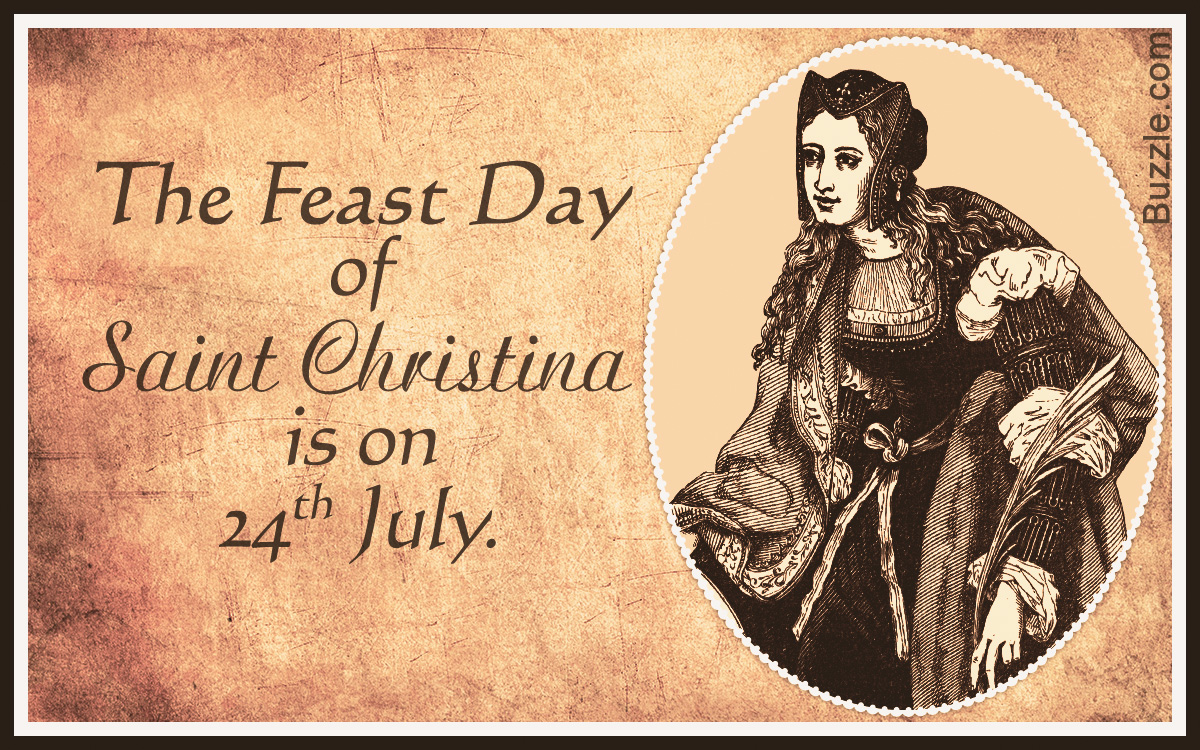 Attaining martyrdom at a very tender age, this charming and courageous little girl was mercilessly tormented by her father, for her unsinkable and steadfast faith in Christ. Christina fulfills the divine call of discipleship to propagate Christianity among the pagans. Read on to know more…

Revered as: Christian Martyr of the 3rd Century

Patron Saint of: Archers and Millers 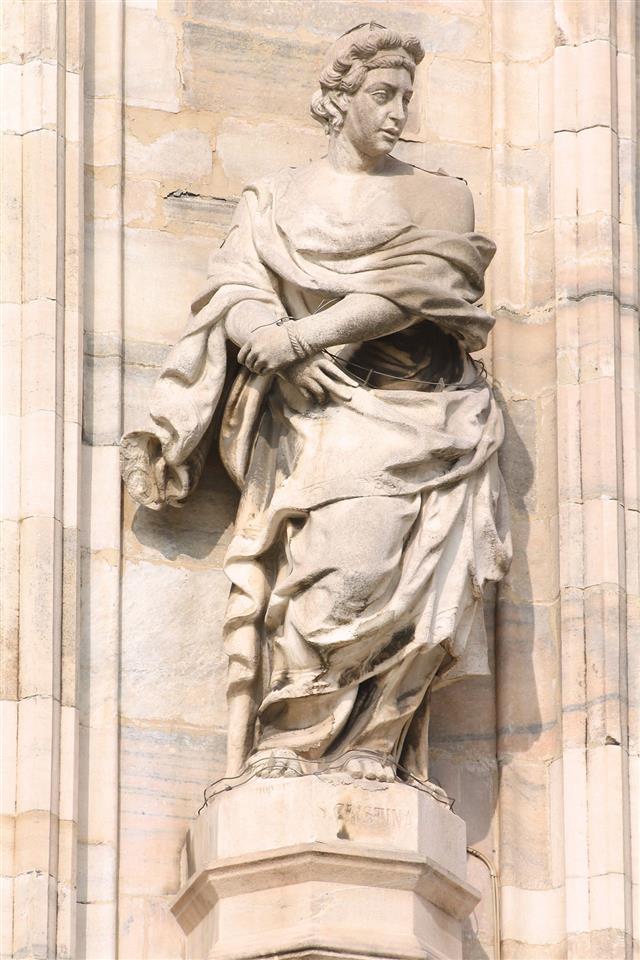 The name Christina means ‘Little Christ’ or ‘Follower of Christ.’ Her icons show her holding the cross in her right hand. Martyrs holding a cross signifies their willingness to sacrifice their lives for Christ. There are many stories and accounts regarding the life of Saint Christina. However, the early life of Saint Christina is more or less the same in all the texts.

Not much is known about the early life of Saint Christina. There is no mention about her mother or her siblings. Her whole life is centered on her father, Urbain, the Governor of Tyre, and his two successors, Dion and Julian, all of whom persistently persecuted her.

Born into an affluent family, Christina was a very beautiful girl. Because of her exceptional beauty, many men wanted to marry her when she was barely eleven. She had immense faith in Christ and wanted to follow the teachings of Christ. But her father Urbain was against the practices of Christianity, and wanted her to become a pagan priestess and worship idols. Hence, he locked her in a room, assuming that the confines of the room would curb her interest in Christianity. The room consisted of gold and silver idols, and she was instructed to burn incense before the idols.

The confines of the room did not keep her from appreciating the beauty of nature that was God’s creation. She yearned to understand Him and pined for more knowledge regarding the presence of God. It is believed that God revealed Himself to her through an angel.

Christina was tired of the luxury that was bestowed on her. She was greatly moved by the poverty and sufferings of people around her, and wanted to help and support them. She broke all the gold and silver pagan idols belonging to her father and gave them to the poor and the needy. This incident infuriated her father who punished her cruelly. This was the beginning of her trials and tribulations.

➞ Christina confessed to her father, Urbain, about her faith in God, and that she has smashed the pagan idols.

➞ He was so furious when he came to know about the incident that he ordered all the servants attending his daughter to be killed.

➞ Considering it to be a heinous crime, her father punished her by whipping her with rods and threw her into a dungeon. But even in the prison Christina held on to her incredible faith in Christ.

➞ Her father asked her to glorify and worship the pagan gods, and ask forgiveness for her crime. But her belief and faith in Christ remained unshaken.

➞ This angered her father so much that he tied her to an iron wheel, beneath which a fire was lit. Christina’s faith in God saved her. He turned the flames on the bystanders. She was again thrown back into the cell. That night an angel appeared before her and healed all her scars.

➞ In another incident, a stone was tied around her neck, and she was thrown into the lake of Bolsena. However, God’s angel saved her again. Her father died after this incident.

➞ After Urbain’s death, his successor Dion continued with the persecutions on Christina.

➞ Dion ordered Christina to give up her faith in Christ. But her determination and faith was so strong that she never gave up.

➞ Dion tortured her and threw her into a cell assuming that she would succumb to the pain. She remained there for many days. Many people came to her to learn about God and convert to the Christian faith. Like Urbain, Dion too suffered an unexpected death.

➞ Julian was her last persecutor. He threw her into a burning furnace. She remained in the furnace unhurt for five days. It was indeed a miracle.

➞ In another incident, Saint Christina was thrown into a cage of serpents. But Christ saved her once again. All were surprised on seeing the miracle, that they started believing in the existence of God.

➞ Fuming with anger, Julian, the tormentor, cut off her tongue and breasts. He was blinded while torturing Saint Christina. She threw her tongue on his face, which blinded him.

➞ After enduring many similar tortures she was struck with arrows and finally beheaded.

Saint Christina suffered excruciating agony throughout her life. She was scourged, tortured, and martyred for her faith in Christ. Her relics rest at Palermo in Sicily. The Patron Saint of Insanity, Archers and Millers, this Christian martyr is revered across the globe. Her feast day is celebrated on the 24th of July every year.