Similarities and Vital Distinctions Between Judaism and Christianity

Religion is embedded in the very essence of man. Knowingly or unknowingly, it challenges and redirects every thought and action. Which raises the age-old question, did man make God or did God make man? Nevertheless, here, we'll talk about two major religions in the world―Judaism and Christianity.

Home / Uncategorized / Similarities and Vital Distinctions Between Judaism and Christianity

Religion is embedded in the very essence of man. Knowingly or unknowingly, it challenges and redirects every thought and action. Which raises the age-old question, did man make God or did God make man? Nevertheless, here, we’ll talk about two major religions in the world―Judaism and Christianity.

Judaism respects Jesus as a prophet, but not as the Son of God like the Christians do.

We can safely say that Christianity has evolved from Judaism. Despite its Jewish descent, Christianity considers itself as a separate religion, rather than a branch of Judaism. However, there has always been an age-old dispute between the followers of both religions. Both share similar origins, beliefs, mythologies, rules, etc. Thus, it is obvious that both these religions have similar beliefs. But also, in contrary to that, besides a great deal of overlapping beliefs between these two religions, there are many vital distinctions too.

As such, let us look closer into finding the commonalities and differences between these two widely followed religions. 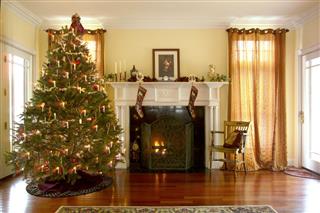 Similarities Between Judaism and Christianity

Though some may consider Christianity to be a branch of Judaism, there are some very vital distinctions between the two. Some important distinctions are mentioned below.

Differences Between Judaism and Christianity

Christianity: Bible; meaning book by God given to man, Word of God (Timothy 3:16)

Christianity: Jewish Bible or the Old Testament and New Testament

Judaism: Tanakh or the Jewish Bible

Inspiration of the Sacred Text

Christianity: Believe in Jesus Christ to be both human and divine―the Son of God

Judaism: Rosh Hashanah (beginning of the calendar year), Sukkot (celebration of harvest), Simchat Torah (end of Sukkot, celebrate finishing the reading of Torah), Chanukah, Tu Bishvat (the New Year for Trees), Pesach or Passover (God liberating Israelites from Egyptians), Hanukkah (8 days holiday, commemorates the Jewish recapture and re-dedication of the Temple in Jerusalem), Purim (celebration of the narrow escape from genocide), Sabbath (a day of rest and enjoyment every week)

Judaism: Sabbath, circumcision of newly born Jewish males, wearing the Tallit and tefllin, prayer services, Bar Mitzvah and Bat Mitzvah are for 13-year old boys and girls who must read the Torah in front of the congregation, after which they are considered adults

Use of Statues and Images

Christianity: Prophets and Jesus, and their records in the Bible

Judaism: Prophets and their records in the Bible

Goal of the Religion

Christianity: Love God and obey his commandments and spreading the gospel

Judaism: Celebrate life, fulfill the covenant with God, do good deeds, help fix the world, love God and be very just when it comes to ethics

Judaism: In ancient times, they had sin offerings, but today people individually fix their sins. On Yom Kippur, they confess their sins, but prefer to ask for forgiveness directly to the person they have wronged.

Christianity: Jesus in Mathew (19:3-9), “Therefore a man shall leave his father and his mother and hold fast to his wife, and the two shall become one flesh. Therefore what God has put together let man not separate”

Christianity: As the descendents of Adam we inherit sin. Jesus Christ atoned for our sin through his crucifixion (Romans: 5: 12-17)

Judaism: Atonement is made only through seeking forgiveness from God in prayer and repentance. A day is set aside (Yom Kippur) for atonement.

Religion has, and will always been a very sensitive, controversial, and an extremely personal subject. But to sum it all, all religions speak of love, brotherhood, duty, kindness, respect towards people, and ultimately reaching the omniscient, omnipotent, and omnipresent―God.