What the Bible Says About Cremation? Here’s the Answer

In the olden days, the practice of cremation was not followed by Christians. However, this practice is neither criticized nor supported in the Bible. Here is more on what the Bible says about cremation.

Home / Uncategorized / What the Bible Says About Cremation? Here’s the Answer

In the olden days, the practice of cremation was not followed by Christians. However, this practice is neither criticized nor supported in the Bible. Here is more on what the Bible says about cremation.

God is powerful enough to resurrect anyone’s body regardless of what happens to it. (cf. Ezekiel 37:1-14)

The Bible doesn’t give clear instructions on whether to cremate or bury the body of a deceased. In fact, the practice of cremating the dead is neither condemned nor supported in the Bible. It is true that burial was a standard practice mentioned in the Old Testament. However, the decision regarding burial or cremation is left to the family of the deceased.

There is no formal rule mentioned in the Bible against the practice of cremation. However, one should remember that the sentiments of Christians are weighted heavily in favor of the practice of burial.

The word ‘cremation’ is formed of a Latin word, crematus. It means to ‘burn up’. Cremation is a practice in which the body of a deceased is placed in a crematorium. It is heated to a temperature of 870 – 980 °C (1,600 – 2,000 °F). The ashes and remnants of the bones are reduced to coarse sand by processing them.

Accounts of Burial in the Bible

The following verses present before us the fact that all venerable people mentioned in the Bible were buried after their death, and not cremated. Thus, burial is the standard practice and favored over cremation by Christians. In the following verses from Genesis, it is stated that Abraham and his descendants were buried.

Then Abraham gave up the ghost and died in a good old age, an old man and full of years, and was gathered to his people. And his sons Isaac and Ishmael buried him in the cave of Machpelah, in the field of Ephron the son of Zohar the Hittite, which is before Mamre. (Genesis 25:8-9)

The human body is described as sacred in the Bible; it is the ‘temple of the Holy Spirit’. (I Corinthians 6:19)

Verses About Cremation in the Bible

The following verses mention about the practice of cremation.

And though I bestow all my goods to feed the poor, and though I give my body to be burned, but have not love, it profits me nothing. (1 Corinthians 13:3)

And when the inhabitants of Jabesh-Gilead heard of that which the Philistines had done to Saul; All the valiant men arose, and went all night, and took the body of Saul and the bodies of his sons from the wall of Bethshan, and came to Jabesh, and burnt them there. And they took their bones, and buried them under a tree at Jabesh, and fasted seven days. (1 Samuel 31, verses 11-13)

Objection to the practice of cremation might have been raised on the basis of the belief that one day God will resurrect our bodies; the bodies will be re-united with the soul (1 Corinthians 15:35-58). In Israel, not receiving a proper burial was considered a dishonor.

The commandments in the Bible do not force anybody to follow a specific ritual when dealing with the bodies of the deceased. However, it presents accounts of the burials of some of the great people in history. Cremation doesn’t interfere with God’s ability to resurrect the dead. All in all, it is left to the family of the deceased to choose between burial and cremation. 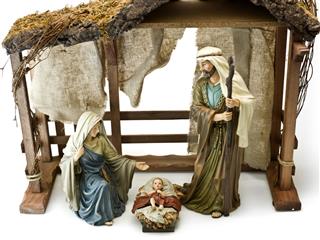 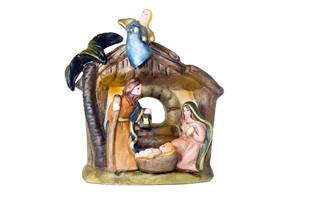