What Do Different Colors Theologically Symbolize in the Bible?

Everything that we see around is God's glory, and His glory is copious with colors. The Bible makes references to colors that hold symbolic meanings. In this SpiritualRay article, we unearth the symbolism of different colors in the Bible.

Home / Uncategorized / What Do Different Colors Theologically Symbolize in the Bible?

Everything that we see around is God’s glory, and His glory is copious with colors. The Bible makes references to colors that hold symbolic meanings. In this SpiritualRay article, we unearth the symbolism of different colors in the Bible.

I have set my rainbow in the clouds, and it will be the sign of the covenant between me and the earth.
– Genesis 9:13, New International Version

While there are certain colors that find their mention in the Bible, it must, however, not be misconstrued as some spiritual cue from the God. Most of these colors have been used to describe liturgical embellishments for temple, liturgical vestments, tabernacle hangings, etc., or are either used as redemptive symbols or used to depict a narrative or have been used to symbolize death, judgment, heaven, or hell.

In the following we study the symbolism of different colors in the Bible:

As powerful as it appears, red has a significant and diverse symbolism in the Bible. Red is synonymous with temptation of sin as the following proverb suggests:

Do not look on the wine when it is red, When it sparkles in the cup, When it goes down smoothly.
– Proverbs 23:31, NASB

Red, the fiery color, is identified as the color of war:

The shields of his mighty men are colored red, The warriors are dressed in scarlet, The chariots are enveloped in flashing steel When he is prepared to march, And the cypress spears are brandished.
– Nahum 2:3, NASB

Red is also associated with God’s sword of judgment:

The sword of the LORD is filled with blood, It is sated with fat, with the blood of lambs and goats, With the fat of the kidneys of rams. For the LORD has a sacrifice in Bozrah And a great slaughter in the land of Edom.
– Isaiah 34:6, NASB

The color red is the color of blood; the blood that Jesus spilled for mankind:

For this is My blood of the covenant, which is poured out for many for forgiveness of sins.
– Matthew 26:28, NASB

Red is also a color of wisdom, which is represented using red wine, for just as red wine uplifts the heart, wisdom uplifts (edifies) a person:

She has prepared her food, she has mixed her wine; She has also set her table.
– Proverbs 9:2, NASB

The color scarlet appears in the King James Version Bible version as many as 52 times and has symbolic meanings ranging from wealth, prosperity, to sins and sacrifice.

Scarlet symbolizes sin as mentioned in the following verse, a sin that must be purged:

“Come now, and let us reason together,” Says the LORD, “Though your sins are as scarlet, They will be as white as snow; Though they are red like crimson, They will be like wool.
– Isaiah 1:18, NASB

We also find scarlet’s symbolism of purification in the following verse:

Then the priest shall give orders to take two live clean birds and cedar wood and a scarlet string and hyssop for the one who is to be cleansed.
– Leviticus 14:4, NASB

Scarlet is also used to symbolize warmth that the virtuous women affords her family by providing them with warm clothing:

She is not afraid of the snow for her household, For all her household are clothed with scarlet.
– Proverbs 31:21, NASB

The color amber signifies ‘God’s glory’; it rightly stands for the God’s knowledge, His presence, His grandeur, and His judgment.

For God, who said, “Light shall shine out of darkness,” is the One who has shone in our hearts to give the Light of the knowledge of the glory of God in the face of Christ.
– 2 Corinthians 4:6, NASB

Amber is a color of fire, which betokens the presence of the God as mentioned in the following verse:

The angel of the LORD appeared to him in a blazing fire from the midst of a bush; and he looked, and behold, the bush was burning with fire, yet the bush was not consumed.
– Exodus 3:2, NASB

For behold, the LORD will come in fire And His chariots like the whirlwind, To render His anger with fury, And His rebuke with flames of fire.
-Isaiah 66:15, NASB

Black or darkness (as it appears in the Bible) stands for judgment:

Therefore justice is far from us, And righteousness does not overtake us; We hope for light, but behold, darkness, For brightness, but we walk in gloom.
– Isaiah 59:9, NASB

A coarse woven fabric, sackcloth is associated with mourning, which is symbolized using the black color as found in the following verse:

I looked when He broke the sixth seal, and there was a great earthquake; and the sun became black as sackcloth made of hair, and the whole moon became like blood.
-Revelation 6:12, NASB

White, in the Bible, appears as the color of purity and is also associated with righteousness. It also signifies forgiveness of sins as well as innocence:

White’s predominant association in the Bible is that of righteousness, which is represented by fine white linen as suggested in the following verse:

It was given to her to clothe herself in fine linen, bright and clean; for the fine linen is the righteous acts of the saints.
– Revelation 19:8, NASB

White has also been used to signify false righteousness and hypocrisy:

“Woe to you, scribes and Pharisees, hypocrites! For you are like whitewashed tombs which on the outside appear beautiful, but inside they are full of dead men’s bones and all uncleanness.
– Matthew 23:27, NASB

White horse in the Bible symbolizes triumph. The following verse mentions Jesus Christ as the rider of the triumphant horse:

I looked, and behold, a white horse, and he who sat on it had a bow; and a crown was given to him, and he went out conquering and to conquer.
– Revelation 6:2, NASB

Owing to the paucity of its dye (its dye was procured from a rare species of shellfish), purple came to be considered as a royal color.

Purple’s association with royalty and the riches is evident in the following verse where Jesus mentions of a certain wealthy man:

Now there was a rich man, and he habitually dressed in purple and fine linen, joyously living in splendor every day.
– Luke 16:19, NASB

Purple is also used to speak about the wrong influence and corruption of the riches as suggested in the following verse:

The woman was clothed in purple and scarlet, and adorned with gold and precious stones and pearls, having in her hand a gold cup full of abominations and of the unclean things of her immorality.
– Revelation 17:4, NASB

The color green in the Bible is associated with everlasting life, growth, and fertility. It also appears for nations and is also used to signify fruitfulness.

The idea of fruitfulness is described in the following passage, where the God furnishes His children with everything they need for their spiritual sustenance and the confidence that His children will place in Him will bear fruits:

“Blessed is the man who trusts in the LORD, And whose hope is the LORD. For he shall be like a tree planted by the waters, Which spreads out its roots by the river, And will not fearwhen heat comes; But its leaf will be green, And will not be anxious in the year of drought, Nor will cease from yielding fruit.”
– Jeremiah 17:7-8, NKJV

The color green also refers to the fragile nature of human life, for the human life grows rapidly, prospers, however for a fleeting time and then shrivels:

“Can the papyrus grow up without a marsh? Can the rushes grow without water? “While it is still green and not cut down, Yet it withers before any other plant. “So are the paths of all who forget God; And the hope of the godless will perish”
– Job 8:11-13, NASB

One of the most important symbolism with color green is that of everlasting life. Jesus in the following verse tells his disciples to endeavor for food that will lead them to eternal life:

Blue is the color of the commandments, heavens, holy coverings, the holy water of the spirit, wealth, and corruption.

You shall make a veil of blue and purple and scarlet material and fine twisted linen; it shall be made with cherubim, the work of a skillful workman.
– Exodus 26:31, NASB

Blue is also associated with physical punishment (most precisely ‘blueness’ caused by blows), which cleanses the evil as well as brings an inner sense of sin as mentioned in the following verse:

The blueness of a wound cleanseth away evil: so do stripes the inward parts of the belly.
– Proverbs 20:30, KJV

Blue in the following verse has been used to describe the fruitlessness of idolatry:

They are all senseless and foolish; they are taught by worthless wooden idols. Hammered silver is brought from Tarshish and gold from Uphaz. What the craftsman and goldsmith have made is then dressed in blue and purple– all made by skilled workers.
– Jeremiah 10:8-9, NIV 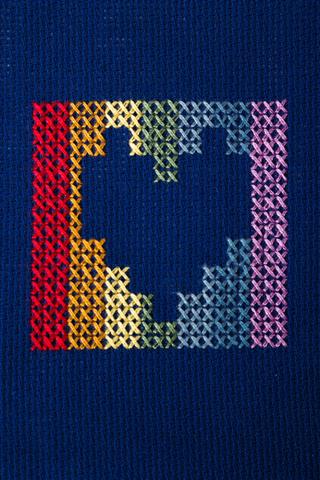 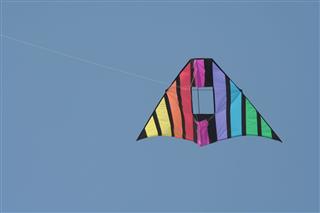