Discover All You Want About What the Star and Crescent Mean

Use of the star and crescent together as emblems by ancient empires had no religious association. This SpiritualRay article helps you discover more about its symbolism and meanings.

Use of the star and crescent together as emblems by ancient empires had no religious association. This SpiritualRay article helps you discover more about its symbolism and meanings.

It is a social fraternity established in 1869 at the University of Virginia. It uses an inverted crescent (dome shaped), with two points of the five-pointed star overlapping some part of the crescent’s curve as their official badge, which symbolizes the fraternity.

Human beings have always shared a special relation with environment. Be it earth, water, or the sky. This human-environment interaction is expressed vividly through the history of mankind, especially of civilizations. It is interesting to know how people develop associations with an object, or a concept, and how it matures into a common idea, or belief of a group or population. This is probably how one symbol is used by different people, at different times, with different beliefs; meanings of the same symbol thus may differ too.

The star and the crescent shape used in unison across different countries in the world could be termed as one such example. Looking at the star and crescent, we tend to think of Islam or associate it with the Muslim identity. Several Muslim majority nations and Islamic organizations use this combination of star and crescent today. But, let us first take a look at the ancient uses of this symbol and the meanings associated with it.

There are various meanings of the combination of these two objects. The star is commonly seen to have 5 heads, but it may have more. Also, the arrangement of the star and the crescent on a particular emblem, coin, or flag is different. The number of stars used by countries on their flags varies too. The meaning changes with every culture, proving that it was not always considered to be a religious sign.

The use of crescent (moon) and star has been primarily found in the civilizations around the Mediterranean Sea, Central Asia, and Persia. However, there was no specific religious affiliation to its use then.

Israel: The region around the Mediterranean Sea comprised the Kingdom of Israel, which was surrounded on the southeast by the Kingdom of Moab around the 8th century B.C. The seals of this kingdom used the star and crescent shapes.

Sumer (Southern Mesopotamia or part of present-day Iraq): This civilization used the star and crescent quite commonly, as seen from their traditional icons. The star represented the “Inanna” (or Ishtar in Akkadian), which was the Sumerian goddess of love, war, and fertility. Whereas, the crescent was “Nanna” ( or Sin in Akkadian), the moon God.

Parthian empire: Many kings of this Iranian dynasty ruled over Mesopotamia after it was won over by king Mithridates I in 2nd century B.C. The star and crescent are spotted on the coins from this empire during the rule of king Orodes II. Nevertheless, researchers point out that the use of the crescent and star was a practice revisited by the Parthians, as these symbols were already used in Mesopotamia earlier.

Anatolia: In the northern part of this mountainous region or present day Turkey, the Pontus kingdom was led by king Mithridates VI Eupator, during the first century B.C. The emblem of this land showed a star with eight rays. This, along with a crescent symbolized the Gods they revered and worshiped, the Zeus or Ahura Mazda (the divine spirit) and the native moon goddess. Some attribute it to the divine Zoroastrian God ‘Mithra’, and also suggest that being the reason behind the names of the Pontic kings. Scholars have different opinions about the symbolism of the coins and emblem of this dynasty. Some believe it to be a confluence of Pontic and Iranian traditions as the symbols originally are from Persia.

Greece: Coins belonging to the city of Byzantium (Constantinople or present-day Istanbul) during the early Roman period have the crescent and star shape on their obverse side. The star (more like an asterisk) on the coin is with eight rays. Goddess ‘Hecate’ is believed to have saved the people of Byzantium from the surprising attack of Philip of Macedon. It was a dark night when the sky shone with bright light and helped the people retaliate the attack. Owing to this description, the star and crescent are considered to be the signs of the goddess. The symbol was used later by Emperor Constantine while dedicating the city of Constantinople to Virgin Mary.

Roman Empire: Many coins from this period also portray the star and crescent as one of the themes used; the crescent like a broad “U” shape, with the star placed in between the crescent. The symbolism here, is mainly of celestial bodies like stars, or the crescent shape resembling moon, or stellar bodies.

The identification of the star, or more so of the crescent, or both, with the religion of Islam, did not happen until the emergence of the Ottoman (or Osmanli) Turks. The crescent, especially, was not used by Arabs or any other people, who were the first believers in the faith, as an emblem or characteristic mark of the religion. It is proven by the coins found in the countries of Uzbekistan and Kyrgyzstan that the star and crescent shapes were in use even before the rise of Islam.

The national flag of the Ottoman empire of 1844 made the star and crescent well-known. It also established the duo as the symbol of other states that were earlier part of the empire.

Symbolism in the Modern world

Despite the different meanings, the appearance of this pair of celestial bodies on a variety of emblems, coats of arms, flags, coins, or as any other sign belonging to a particular organization or faith underlines the urge of mankind to symbolize a set of rooted beliefs through such a universal concept. 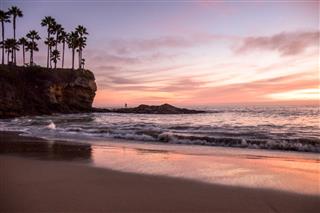 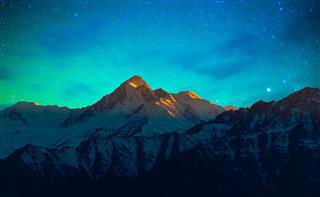