What is the Meaning of the Number 666 in the Bible?

The number 666 is considered to be very unlucky and is called the number or mark of the Beast in the Book of Revelations. We discuss the different interpretations of this number, according to the Bible, in this SpiritualRay article.

Home / Uncategorized / What is the Meaning of the Number 666 in the Bible? 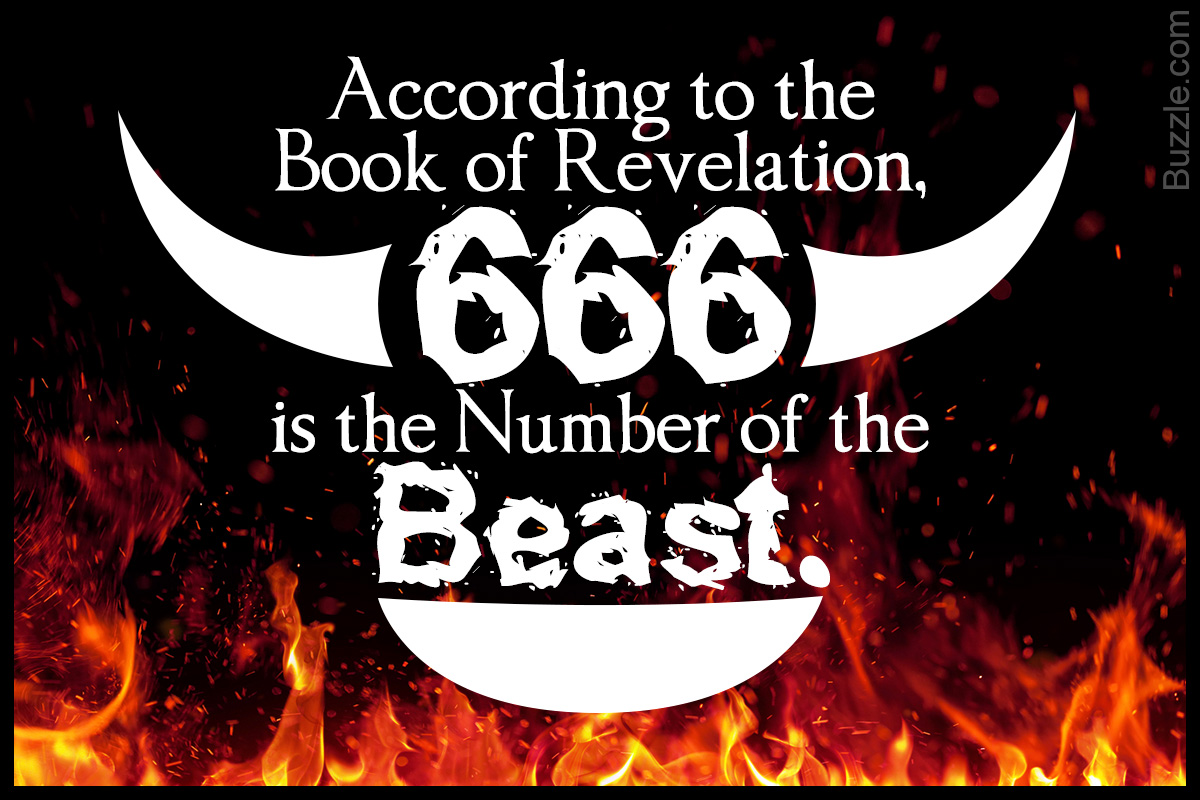 The number 666 is considered to be very unlucky and is called the number or mark of the Beast in the Book of Revelations. We discuss the different interpretations of this number, according to the Bible, in this SpiritualRay article.

Did You Know?
Hexakosioihexekontahexaphobia is the fear of the number 666! Most people fear this number as it is called the number of the beast, and due to other superstitions associated with it.

Even the mention of the number 666 makes some people shiver; what makes this number so powerful? 666 is just a natural number succeeding 665 and preceding 667, but that’s not all! 666 is called the number or mark of the beast in the Bible. It is mentioned in the Book of Revelations.

Significance of the Number 666

Number 7 is considered a spiritually complete number. 6 being one short of 7 is called the number of incompleteness or imperfection. 666 is the number of man. Man was created on the sixth day of the creation week. It symbolizes the shortcomings and failures of man.

Number 666 in the Book of Revelation

The Book of Revelation or The Apocalypse is an important document in the New Testament. It was written by John, but other details of the author are a mystery. The number 666 and the beast are mentioned in this book. Here, we discuss the verses in the Bible that mention the mark of the beast, and what does the Bible say about it.

We can see that the number 666 is called the number of the beast. There is no name or any other identity for the beast. It is crucial to note that the number of the beast is six hundred and sixty-six, not six-six-six.
Two beasts are mentioned in the Bible, one coming out of the sea, and the other from the earth. The beast coming out of the sea is associated with 666. The seven heads mean the seven emperors of Rome, the sixth being Nero. Rome was very popular in the city with seven hills. All these similarities strongly suggest that Nero is the beast referred in the revelation. The second beast is also called a false prophet.

King Solomon used to receive 666 talents of gold every year after he became the king of Israel. This made him the richest man alive. Today, the value of the gold he received each year will be around 2 billion U.S. dollars.

Mark of the Beast
Many believe that the mark of the beast will be a mark on the forehead or the right hand. Some think that a chip will be implanted, which will be a must for trade. It is said that a person who does not have the mark of the beast cannot buy, sell, or trade. Mark or charagma, in Greek, could mean coins, as the images of the Roman emperors were stamped on the coins. More than anything supernatural, the mark of the beast simply refers to the economic power of Rome then. Economic dependence on powers who did not believe in god, made the Jews revolt against Rome and coin their own money. The mark of the beast could also refer to the reign of any tyrannical ruler.
Using Gematria

It is a system of numerology, in which words or alphabets have a specific number. Many people have tried to associate the number 666 with different leaders, like Hitler; even Rome!

Nero Caesar, the Roman Emperor from 55 to 68 CE, is most popularly associated with 666. Nron Qsr is his name in Greek, which adds to 666 in Hebrew. Moreover, his Latin name Nro Qsr adds to 616. He even used an imperial seal on all documents, without which trading was prohibited.

The numeric value of Nebuchadrezzar is 663, and Nebuchadrezzur, 669 in Hebrew. The mid-point of both these values is 666. Thus, he is considered as the devil.

According to some sources, Muhammad was spelled as Maometis, which adds to 666 in Greek numerals. But, this claim is not very solid as there are around seven ways in which Muhammad is written, none of which add to 666.

Other Interesting Facts About 666

✟ 666 stands for the day the world was created according to Kabbalistic Judaism.