Being Cautious With New Age Spiritualism

Nowadays, New Age spiritualism is all over the place. Pretty much any major city will have some sort of New Age metaphysical shop, selling crystals, Tarot cards, incense, and books on astrology.

While New Age spiritualism certainly has its place, there are certain areas in which it falls flat. Some people see New Age spiritualism as a ‘quick fix.’ In many circles, for example, it’s believed that burning sage in a room full of crystals can purge one of lifelong emotional, mental, or spiritual problems immediately.

In this article, I’m going to dispel some of the myths of New Age spiritualism and hopefully instill some new ideas in anyone who is hoping to truly dedicate themselves to a spiritual path.

The Origins of New Age Spiritualism

The New Age movement is generally acknowledged to have begun in the late 60s and early 70s, when people – especially members of hippie communities – looked forward to the development of a prosperous New Age of humanity.

The origins of New Age spiritualism, then, can be attributed to those individuals who helped to popularize these ideas in the Western world.

New Age Spiritualism and Its Pros and Cons

One of the best things about New Age spiritualism is that it’s so accessible.

All of these concepts are deeply rooted in Eastern spiritualism, and one of the best things about the New Age is that it has brought these concepts – and many more – into the awareness of many.

However, in doing this, it has also led to the dilution of some of the values and lessons that these ideas can provide.

Take yoga, for example. The majority of people (not all) use the word yoga to describe a series of rhythmic stretches that can help to enhance physical and mental health. However, many western ‘yoga’ practitioners are unaware that yoga is actually an entire lifestyle science that composes 8 distinct branches, of which western ‘yoga’ stretching comprises only one.

Similarly, the frequent over-use of things like crystals, essential oils, singing bowls, and herbal medicines like blue lotus has led to a distorted understanding of their true significance and power.

Now, instead of taking the time to study with an initiated master and work with these powerful tools in the same way that disciples before us have done for thousands of years, we hope to use them as quick fixes. Instead of dedicating ourselves to a lifestyle of reverence and devotion, we hope that stretching for an hour a day will propel us down the path to enlightenment.

Don’t get me wrong- including all of these practices can be a fantastic support for anyone on the spiritual path. However, one of the risks of our rampant New Age philosophy is that it neglects to emphasize the dedication and devotion required to truly move forward and develop as a spiritual being.

In short, New Age spiritualism is oftentimes a spiritual path that encourages followers to remain within their comfort zone. And, as I’m sure you’re aware, the best way to grow and learn is to step outside of your comfort zone! 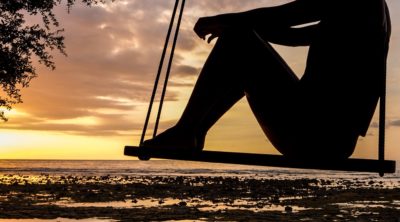 The 7 Universal Principles and How They Affect Our Lives