Echidna: The Mother of all Monsters in Greek Mythology

Echidna may not be very popular in Greek mythology, but her monstrous children sure are. This giant has indirectly played a major role in challenging our Greek heroes in their quests. Know more about this "mother of all monsters" in this SpiritualRay post.

Home / Uncategorized / Echidna: The Mother of all Monsters in Greek Mythology 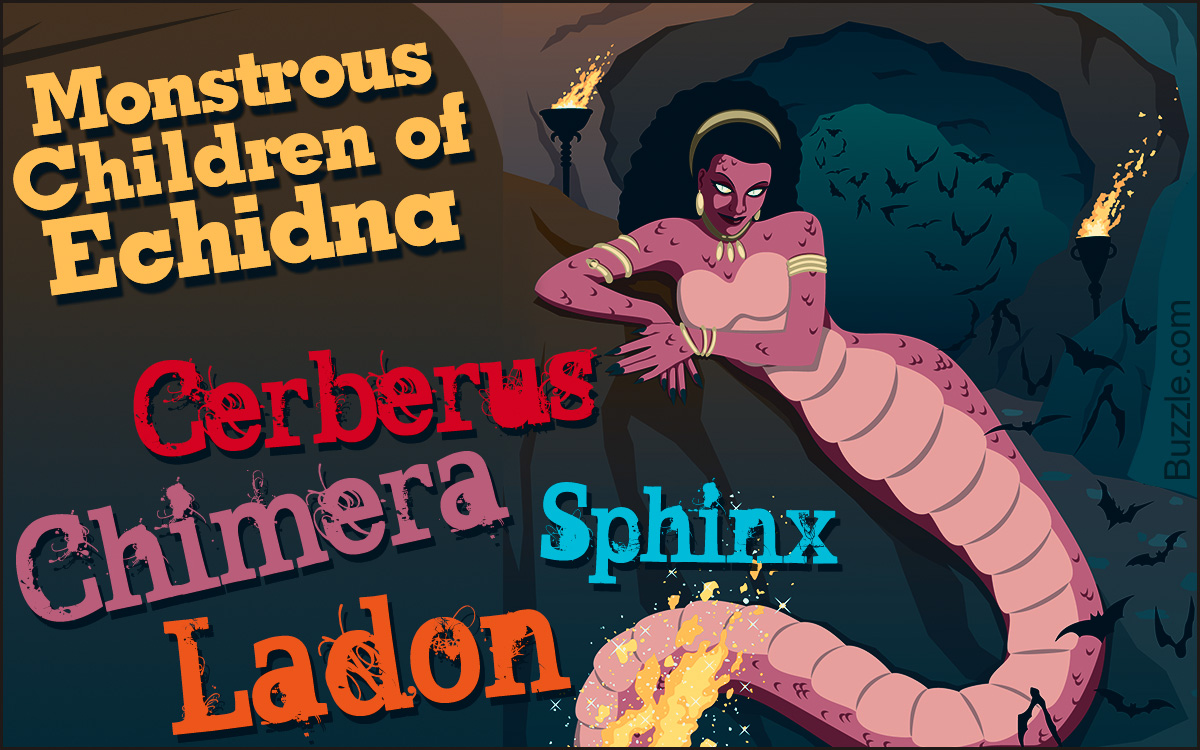 Echidna may not be very popular in Greek mythology, but her monstrous children sure are. This giant has indirectly played a major role in challenging our Greek heroes in their quests. Know more about this "mother of all monsters" in this SpiritualRay post.

When Echidna, the monster in Greek mythology, was killed by Argus Panoptes, he threw many spears at her. These resembled spines, and thus the mammal echidna is named after her.

Greek mythology is truly fascinating. There are all sorts imaginable as well as unimaginable creatures in Greek mythology. The monsters have played a huge part in testing our Greek heroes.

Echidna is one such monster who directly did not do anything, but is notorious because of her children. Yes, aptly described as “mother of all monsters“, she has sired almost half the bad guys in Greek Mythology.

So, let’s take a look at some of the facts about Echidna in Greek mythology, through this SpiritualRay article.

Who was Echidna in Greek Mythology?

Echidna was a drakaina (a female dragon). Also called Ekhidna, her name means she-viper in Greek. She is said to be the daughter of Tartarus and Gaia, according to Apollodorus. Hesiod has a different take, and believed that she was sired by Ceto and Phorcys or Chrysaor and Callirhoe.

She was half a beautiful nymph, and half a huge snake with speckled skin. She is said to have had fair skin and glancing eyes. She used to lure her victims to her cave with her captivating eyes, and then mercilessly devour them. She has been described in Hesiod’s Theology as,

[…] the goddess fierce Echidna who is half a nymph with glancing eyes and fair cheeks, and half again a huge snake, great and awful, with speckled skin, eating raw flesh beneath the secret parts of the holy earth. And there she has a cave deep down under a hollow rock far from the deathless gods and mortal men. There, then, did the gods appoint her a glorious house to dwell in: and she keeps guard in Arima beneath the earth, grim Echidna, a nymph who dies not nor grows old all her days.

Story of Echidna and Typhon in Greek Mythology

Echidna mated with Typhon, and the pair produced some of the most ferocious giants in Greek mythology. The pair was perfect, as both were cruel evil monsters. Typhon was called the “father of all monsters.” He was so huge that his head used to touch the sky, and his hands used to spread far and wide. He had hundred dragon heads instead of a human one. Arima also called couch of Typhoeus is where Echidna lived along with Typhon, and where Zeus defeated Typhon. Zeus murdered Typhon with hundred lightning bolts, but excused Echidna and her children. It is hard to exactly tell where Arima could have been, but Echidna continued living here in a cave even after Typhons’s death.

He was a two-headed dog. His master was Eurytion, along with whom he guarded the cattle of giant Geryon. He was killed by Heracles. His name means morning twilight in Greek.

He was a three-headed dog with a serpent’s tail. He is even said to have had a nape full of snakes and lion’s claws. He guarded the gates of hell. He would ensure that no living beings enter hell nor any dead spirits run away. His heads could eat only human flesh.

Chimera was a weird hybrid creature; usually a combination of more than two animals. It had a lion’s body, with a goat’s head in its back, and tail of a serpent’s head. It was described as a ferocious fire-breathing creature.

It was a water monster with several heads. If head was cut, two more grew in its place. It had special powers like poisonous blood and breath. It was killed by Heracles as his second labour.

He was a giant monster who guarded the Golden Fleece. It is said that its teeth had magical properties. He was so vigilant in his guard that he never slept or rested, and continuously guarded the fleece at Colchis.

He was a huge eagle who used to eat Prometheus’s liver everyday. It regenerated back due to his immortality. Prometheus was punished by Zeus for stealing fire from the Gods. The eagle was killed by Heracles when freeing Prometheus. He lived in the Caucasas Mountains.

There are two versions of the parentage of this dangerous monster. Hesiod believed that she was a daughter of Orthus and either Echidna or Chimera, but according to others she was the offspring of Echidna and Typhon. What made Sphinx, who had a head of a woman, body of a lion, wings of an eagle, and tail of a serpent, lethal was the fact that she killed and ate anybody who couldn’t answer her riddle.

The Crommyonian sow was a pig with wings who used to terrorize the people of Crommyon. He was known for his immense strength. He was killed by Theseus. According to some sources he was the offspring of Poseidon and Medusa

There are many theories on parentage of Ladon, but the most commonly believed one is that he was a child of Echidna. He could have a offspring of Ceto and Phorcys, Echidna and Typhon, or even Gaia. He twined and twisted to the tree and guarded the golden apples in the garden of Hesperides.

Echidna was killed by the 100-eyed monster Argus Panoptes. He was Hera’s servant and sent by her to kill Echidna when she was sleeping. There are some other accounts that say that Echidna was immortal and continued to live in Arima. 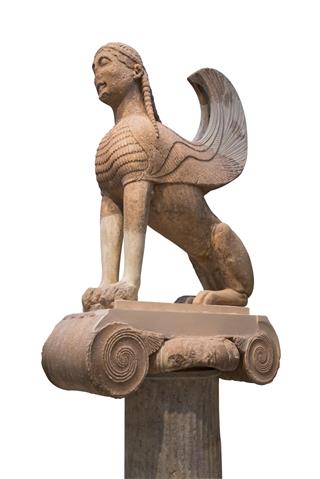 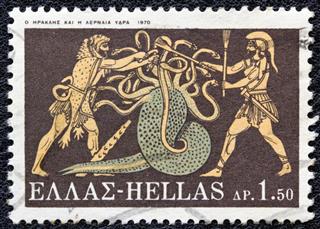 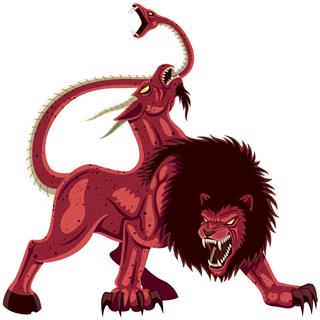 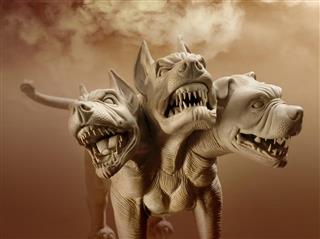