The Truly Interesting History of the Famous Egyptian God Horus

The deathless and timeless god Horus symbolizes both power and wisdom. Worshiped in the form of the all-revealing 'eye', Horus is still very much a part of tattoo designs and an extensively studied and interpreted ancient symbol.

The deathless and timeless god Horus symbolizes both power and wisdom. Worshiped in the form of the all-revealing ‘eye’, Horus is still very much a part of tattoo designs and an extensively studied and interpreted ancient symbol.

Horus is primarily seen in the form of a falcon. He was considered to be the patron deity of Nekhen. The latter was worshiped as the first national god by the kings. Ancient Egyptians believed that the king was a manifestation of Horus. In death, the king was supposed to have donned the role of Osiris, another god in the pantheon. He was worshiped as the son of Isis and Osiris. There was a parallel tradition that believed Hathor to be his mother and wife. He is an important part of hieroglyphics that are reconstructed to represent the falcon. He symbolizes ‘the distant one’ or ‘one who is high above’.

Horus was also famous as Harmerty, the blessed one with two eyes. He was believed to be the ‘favored one’ of the gods. Mythology has it that when Horus, the patron deity of lower Egypt, battled Set, the patron deity of upper Egypt, the gods sided with Horus to make him the ultimate victor. Thereafter, he came to be known as Harsiesis, which meant ‘Horus the Great’. The ancient Egyptians believed that in the battle between Horus and Set, the latter lost a testicle and this was used to interpret the reason behind the desert in upper Egypt being completely infertile. He lost his left eye in the battle, the reason behind the Egyptian belief that the loss is the cause of a weak moon, in comparison to the sun.

Horus is not only one of the oldest gods, but also one of the most significant deities. The myth has its roots in the Predynastic period and dates back to the Greco-Roman era. The history of the pantheon highlights different forms of the Horus, each distinct in mythology and history. Egyptologists claim that the various forms are in fact different perceptions of the same god. The deity is believed to be multifaceted and a storehouse of attributes and syncretic relationships.

The attributes and relationships associated with Horus are complementary to one another and a strong indication of how the ancient Egyptians harbored multiple facets of the same reality. It is believed that he was told by Isis to protect the Egyptians from the desert god, Seth. Seth was believed to be in charge of the arid deserts, chaos, and storms. He resided in the sky and hence, he took the form of a falcon-headed man to take care of his responsibility towards his people. Horus was worshiped throughout Egypt. He was also referred to as Nekhen or falcon or Kemwer, which meant ‘the great black one’.

Horus was represented as a falcon, master of the sky, sun, and moon. The sun was believed to reside within his right eye, while the moon in the left. Ancient Egyptian culture propounded that the bright star (sun) and the satellite (moon) traversed the sky as he flew across to protect his people. Horus is also represented as a naked boy sitting on a lotus, with a finger in his mouth. He was synonymous with majesty and power and revered by the pharaohs.

In fact, it was believed that the pharaohs were Horus in the human form. He is also represented as a youth with a lock of hair on the right. In this form, he wears the crown of Egypt and symbolizes the rising sun. Many believe this to be the original form of Horus, one that reflects his inherent ‘sky’ nature. The symbols associated with Hours include the falcon, a bull, a winged disc, a double crown, the sphinx, weapons, and blacksmiths.

What Does the Eye of Horus Mean?

Wedjat or the ‘eye of Horus’ is an Egyptian symbol associated with the age-old battle between Set and Horus. According to mythology, they refused to relent and every move made by either one culminated in a new set of challenges. It was believed that he and Set finally challenged one another to a stone-boat race. However, in this particular race, Horus had an edge, since his boat was actually made of wood, but disguised to resemble stone. Set’s boat sank and Horus won the race. Legend has it that Set officially handed over the throne of Egypt to the victor. This myth culminates in the unification of upper and lower Egypt.

The ‘Eye of Horus’ represents the sun. He was worshiped as the most important god of Egypt. He was given more than fifteen distinct forms, which were divided into two groups or clans, solar, and Osirian. Those who believed him to be the son of Isis worshiped him as Osirian, while others worshiped the ‘eye’ of their favorite solar deity. The Eye of Horus symbolizes protection. The ‘eye’ stands for indestructibility that aids rebirth. Most funerary amulets in ancient Egypt were shaped to resemble the Eye of Horus. The symbol is still revered as ‘the vessel of wisdom’ that increases man’s ability to view the world with truthfulness.

How Did Horus Die?

Horus was considered to be immortal. Myths propounded that he lived through the life of every pharaoh, an embodiment of his presence. On the death of a pharaoh, it was believed that he simply changed form and became Osiris. In ancient Egypt, kings were believed to be the incarnation of Horus, inheritors of eternal life. 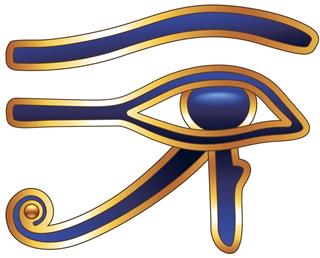 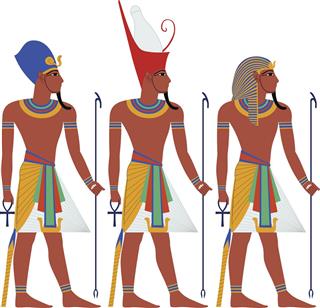 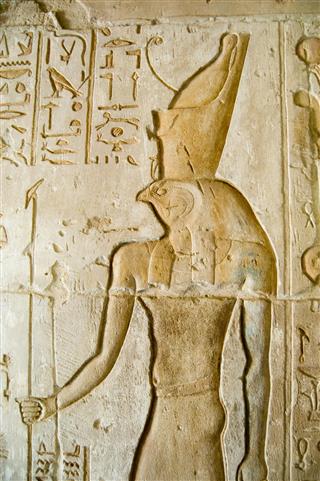