A Summary of Rastafarian Religious Beliefs, Practices, and Culture

With "Snoop Dogg" changing his name to "Snoop Lion", a lot of curiosity is building over the Rastafarian culture. SpiritualRay tells you all you need to know about the "Ganja" people, and their way of life - the history, the customs, the beliefs, the language, the diet, and much more. 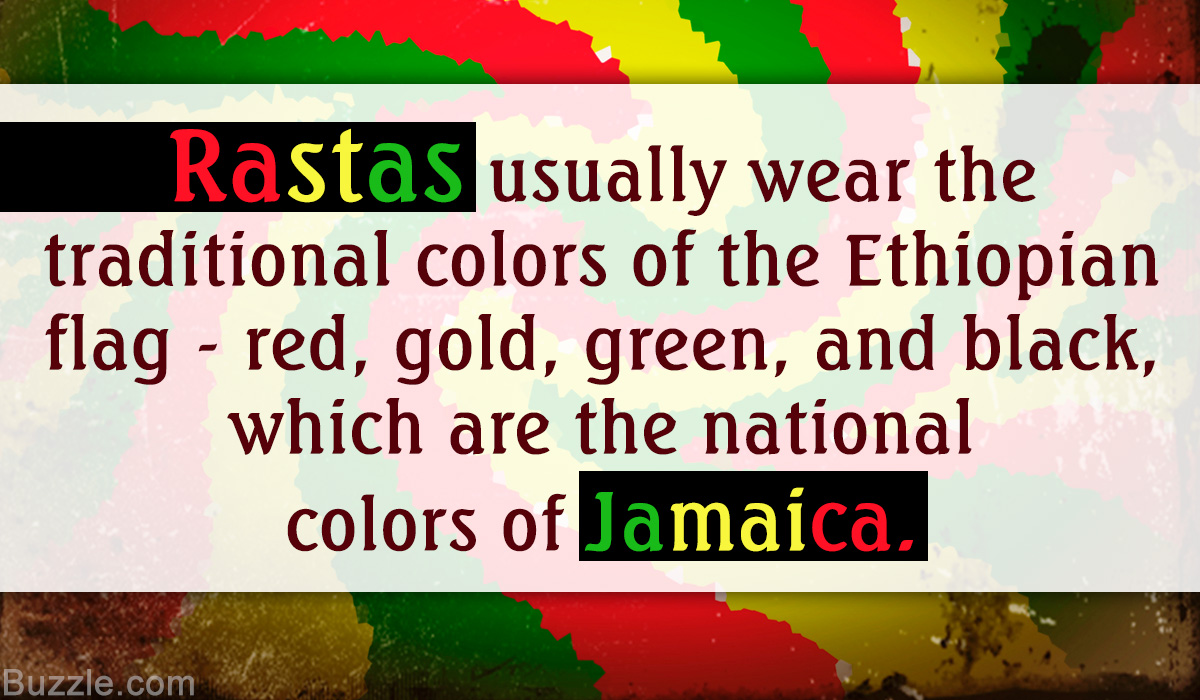 With "Snoop Dogg" changing his name to "Snoop Lion", a lot of curiosity is building over the Rastafarian culture. SpiritualRay tells you all you need to know about the "Ganja" people, and their way of life – the history, the customs, the beliefs, the language, the diet, and much more.

The Rastafari religion is an Ethiopian-Hebrew spirituality that developed in the 1930s, in Jamaica, a Caribbean island located in the Greater Antilles, south of Cuba. The members of the religion are called Rastafaris or Rastas, and make four percent of the total Jamaican population. The name comes from Haile Selassie’s pre-coronation name, “Ras Tafari”. Although the religion might sometimes be referred to as “Rastafarianism”, the term is frowned upon by the Rastas, who consider “ism” as a part of the Babylon culture, which is rejected by the Rastafari way of living.

The religion was inspired by the Africa Movement of Marcus Garvey, an intellectual leader who promoted self-awareness among the Africans in the Americas, in the early 19th century. The religion is based on Christianity but followers worship the former Ethiopian ruler Haile Selassie. The Rastas refer to him as Jah, a Biblical name for God (shortened from Yahweh or Jehovah), found in Psalms 68:4, in the King James version of the Bible. They believe that he was the Christian messiah who was sent back to earth, thus giving rise to the belief that both Jesus and God, are in fact, black. They believe they should return to Africa, their ancestral home, and that the African descendants live in an exile, so as to achieve redemption from white oppression, which they call “Babylon”. The Lion of Judah, which is a part of the Imperial Ethiopian flag, is the most important symbol for the Rastafaris.

The Rastafarian language is commonly known as “Dread-talk”, “Rasta-talk”, “Livalect”, “Iyaric” or “I-talk”. The vocabulary has been developed by the Rastas themselves, and strongly rejects the Babylonian language conventions. The language developed around the 1940s to describe the Rastafarian way of living in a better way. It is more of a different set of vocabulary than a dialect. The dialect strongly reflects the Rastafarian beliefs, and replaces most of the negative words with the positive ones. The Rastas believe that most African languages were lost when the Africans were enslaved, and are of the belief that English is an imposed colonial language. They, therefore developed their own dialect and modified their vocabulary, as a way to fight the corrupted society of Babylon.

The Rastafarian diet is called I-tal, believed to have stemmed from vital. Rastas follow the dietary laws of the old testament and avoid all kinds of meat and fish. This is due to the belief that touching meat is very much like touching death, and that the meat rots inside your body, which is considered as a temple in the Rastafari culture. This is, however, limited to those who have taken the Nazirite vow. Many Rastas may adopt a complete vegan or vegetarian diet though. Rastas believe that the abstinence cleanses their body to serve in the presence of the Ark of Convent. Alcohol, too, is prohibited while following the I-tal diet. All kinds of processed foods are prohibited, allowing Rastas to eat only what is natural, considered “pure” food. Alcohol, coffee, and drugs (except for ganja) are looked down upon as the Babylonian way of polluting and confusing people.

Rastas give religious significance to Marijuana, and consider its use to be sacred, believing that the following biblical text justifies it.

It is mostly used during the communal meetings called the reasoning sessions. Rastas commonly refer to the marijuana as “wisdom weed” or “holy herb”, and pray before using it. They consider it as a meditative tool which opens up the mind, and lets one feel connected to Jah. However, other drugs like cocaine, heroin, alcohol, tobacco, and even caffeine are against the religion, and are believed to be poisons that destroy the body.

The Rastafarian clothing is made out of natural fabric, and is required to be simple. Clothing made out of any kind of animal skin is strictly prohibited in the religion. Some Rastafarians will wear long African-style outfits to represent their African roots, as well as use medallions of Ras Tafari, the lion which is the symbol of the Ethiopian throne. Some branches of the religion may have more restrictive dress codes which may prohibit tattoos, and wearing bare backs or even shorts.

Rastas usually wear the traditional colors of the Ethiopian flag – red, gold, green, and black; or gold, green, and black, which are the national colors of Jamaica. Each of the colors has a symbolic meaning attached to it. Gold symbolizes faith and prosperity, green symbolizes the land and all that it produces, and black represents the color of African-descended people. Although their everyday dress code is quite colorful, the Rastas wear white for ceremonies.

Rastas can often be recognized by their particular way of styling the hair. They usually grow their hair long, and knot them into dreadlocks. They can either be allowed to become that way naturally, by not combing the hair for several days, or be accomplished by backcombing and with the help of commercial products. The Rastas see it as a way of getting the hair to its more natural and purer state by rejecting the artificial way of grooming oneself. The belief comes from the Biblical text “During the entire time of his dedication, he is not to allow a razor to pass over his head until the days of his holy consecration to the LORD have been fulfilled. He is to let the locks on his head grow long.” – Numbers 6:5 (International Standard Version).

The hair is sometimes worn in knitted caps called “Rastacaps” or “tams”. These are brightly colored, rounded, crocheted caps, and are used simply to tuck the locks, or during religious ceremonies, to cover the head. The women are supposed to cover their heads for all Rastafarian celebrations, and those from the Nyabinghi and Bobo shanti are required to do so, anytime they are in public.

The Rastas do not worship in a particular religious building, but hold weekly meetings at a fellow Rasta’s home or in a community center. The Reasoning sessions, as they are called, include discussions, chanting, praying, and singing. To go into a deeper spiritual state, marijuana may also be smoked. The music is known as Nyabinghi, the reason why the meetings may also be called Nyabinghi meetings.

More and more people are adapting to the Rastafari way of living, and it is more than a religion today. It is more like a worldwide movement whose tenets advocate the importance of love and peace.