Stay Updated With Info About Syncretism Through These Examples

Syncretism refers to the practice of bringing together two or more distinct sets of beliefs to create an entirely new belief. Syncretism has been in practice since ages, and yet, very few people know what it means.

Home / Uncategorized / Stay Updated With Info About Syncretism Through These Examples

Syncretism refers to the practice of bringing together two or more distinct sets of beliefs to create an entirely new belief. Syncretism has been in practice since ages, and yet, very few people know what it means. 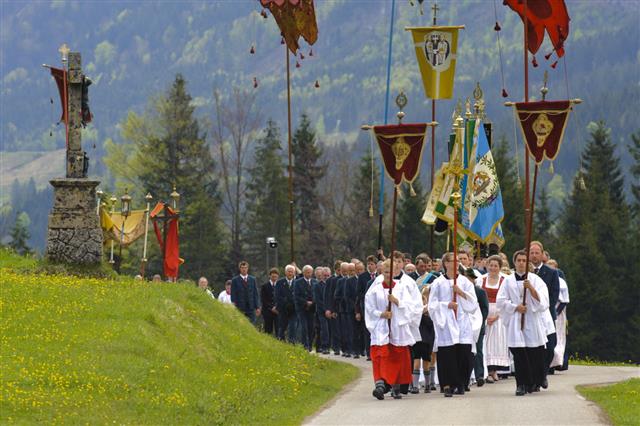 The adoption of Shinto elements into Buddhism is one of the few examples wherein religious syncretism has been wholeheartedly embraced.

Syncretism may also include the fusion of two contradictory schools of thought. That it brings together two or more contradictory thoughts may sound a bit confusing, and thus, one has to go through some examples of this concept to get a better understanding of the same.

Merging the religious beliefs of two or more religious systems to come up with a new system, which demonstrates the traits of the two systems involved, is called religious syncretism. The concept finds a place in almost all the modern religions in varying degrees.

Speaking of syncretism examples in religion, an apt case would be that of the Druze community inhabiting the mountainous regions of Syria, Lebanon, Jordan, and Israel, who integrate the beliefs of Ismaili Islam with the philosophical doctrines of Gnosticism and Platonism.

Individuals who follow Bahaism, follow a prophet who―according to their belief―is the successor of Muhammad. At the same time, they also recognize Jesus and Moses as former prophets. Owing to such beliefs, Bahaism is also considered a syncretic religion. The followers of this religion though, deny that claim.

There is no dearth of syncretism examples. We have the Santería of West Africa and Caribbean, which draws heavily from Roman Catholicism. Then there is the Vodoun religion, which can be traced to the Caribbean. Amongst the more recent beliefs, the Unitarian Universalism is believed to be formed by merging Universalist and Unitarian Christian congregations.

Though Sikhism is based on independent beliefs and traditions, it’s difficult to ignore the similarities that it shares with the Bhakti movement of Hinduism and Sufism in Islam. Even Christianity has the influence of Jewish culture and Roman beliefs.

Like the Bahais, several groups outrightly deny that their religion is syncretic, and it is difficult to convince them that it is, or that their religion did not come directly from the deity … it came into existence when several pieces were put together. That, perhaps, is the reason why only overtly syncretic religions come with the label.

Culture is yet another aspect of our lives where syncretism is quite dominant. In fact, it wouldn’t be wrong to say that syncretism is a necessity in this era of cultural diversity. Developed nations, with a significant rate of in-migration, are the best examples of the same. The influx of immigrants alters the cultural equations of a nation by inculcating a number of new traditions and beliefs in the existing system.

The Kwanzaa festival, celebrated between the Christmas and New Year, is a mixture of African-American and pan-African culture. Similarly, the practice of hunting Easter Eggs can be traced to paganism, which was quite popular in ancient Europe. When it comes to syncretism in art, one of the best examples would be the merger of rock music with various other genre in order to produce new variants.

Other than religion and culture, syncretism is also seen in politics, where political parties are forced to come to a mutual understanding and accept each other’s terms and conditions, despite their conflicting ideologies. In this context, it’s a political ideology which is created by picking the best of left and right. The anti-communist, anti-democratic, and anti-liberal Falangism is by far the best example of the same.

When different beliefs are brought together, they are bound to trigger a change, but nobody can guarantee that this change will always be a smooth sail.