The Greek Myth of Pandora

According to Greek mythology, Pandora was the first woman created by Hephaestus on the request of Zeus. She received special gifts from many Greek gods and goddesses, like beauty, intelligence, etc. To know more about this Greek myth, read on...

According to Greek mythology, Pandora was the first woman created by Hephaestus on the request of Zeus. She received special gifts from many Greek gods and goddesses, like beauty, intelligence, etc. To know more about this Greek myth, read on… 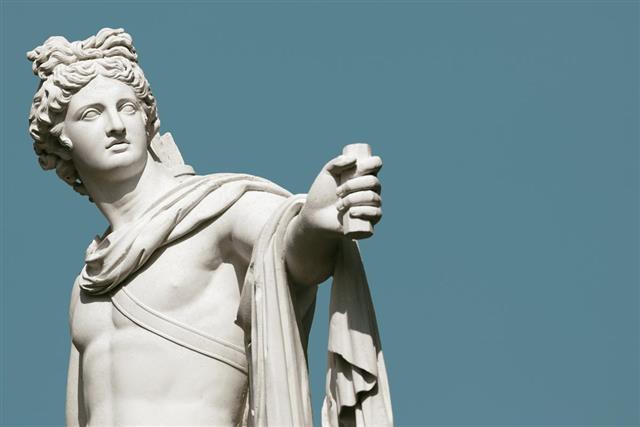 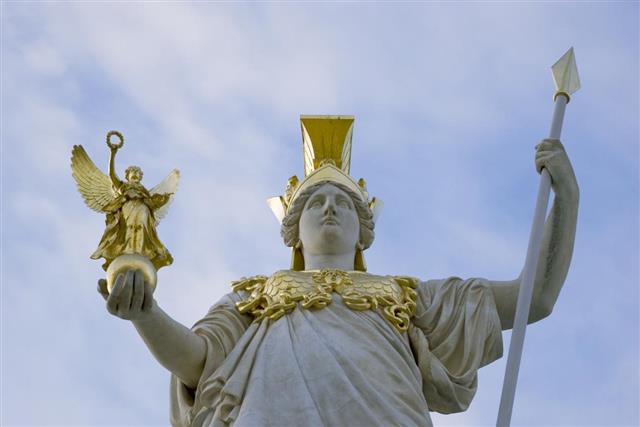 In Greek mythology, Zeus, the king of the gods, ruler of Mount Olympus and god of the sky, ordered Hephaestus, god of craftsmanship, to make Pandora out of the earth and water, so that he could punish Prometheus. Prometheus was the brother of Epimetheus and a champion of humankind, known for his intelligence. Zeus wanted to punish him for stealing the secret of fire from him and giving it to mortals (humans). All the gods helped in making Pandora a beautiful, cunning, seductive yet deceitful woman. It is said that the gods made her nature inquisitive and curious, which is the reason why she opened a box called Pandora’s box, that released all the evils among mankind. By the time she closed it, the only thing that was left in the box was ‘hope’.

The myth first appeared in Hesiod’s epic poem Theogony. In the poem, the name of the woman is not mentioned. It is said that Zeus was angered by the annoying lights on the ground, lit up by humans at night after they had received the stolen gift of fire from Prometheus, so he decided to punish them by introducing diseases, death, sorrow, and suffering. He commanded Hephaestus to create the first woman from earth and water, whose descendants would torment the entire race of humans. After she is created, she is dressed by Athena, the goddess of heroic endeavor. However, throughout the poem, no name was mentioned of the woman.

The more famous adaptation of the myth came from another of Hesiod’s poems, Works and Days. In this adaptation, Pandora, created by Hephaestus, was not only blessed by Athena but, by many other gods and goddesses too. Athena taught her weaving and needlework; Aphrodite, the goddess of love and beauty, blessed her with beauty; Apollo, the god of music, light and sun, gave her mastery over music; Hermes, the messenger god, gave her persuasion, a shameful mind, deceitful nature and power of words, so that she could speak lies eloquently. After Athena dresses her up, Hermes gives her the name Pandora, meaning “all gifted” (because she has received various gifts from all the gods). Zeus gifts her to Epimetheus because Epimetheus is foolish unlike his cunning brother Prometheus. Prometheus, knowing the intentions of Zeus, warns Epimetheus not to accept any gift from Zeus. But Epimetheus, being foolish, accepts her. She brings a jar (not a box as is commonly thought) with herself, containing myriad miseries of the world like diseases and suffering. She opens up the jar, and all the evils are let out.

Another version of the myth says that the jar wasn’t brought by Pandora but was kept hidden by Epimetheus who did not want humankind to suffer. She was in fact told not to open the jar but, she being curious, opens it. When she realizes what she has done, she immediately closes it, but by then the only thing remaining in the jar is ‘hope’.

The name Pandora doesn’t mean “all gifted” as mentioned in Works and Days, but means “all giving”. The proof comes from certain paintings of the 5th century BC that have the name Anesidora, which means ‘she who sends up gifts.’ There are numerous versions of the myth, but the most considered version is the one described above, from Hesiod’s Works and Days. 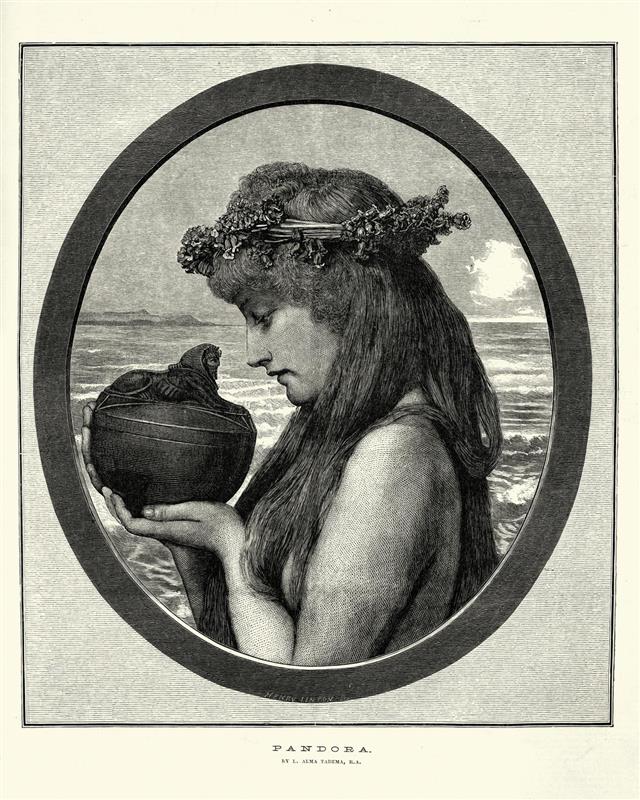