What does Stigmata Mean in Christianity and What are its Effects?

The phenomenon of Stigmata has been viewed in many contexts by the world. Many saints and believers have been bestowed with this divine gift, and have known to live a life that constituted of unbelievable miracles. SpiritualRay explains what Stigmata means in Christianity and how it affects those who receive it.

Home / Uncategorized / What does Stigmata Mean in Christianity and What are its Effects?

The phenomenon of Stigmata has been viewed in many contexts by the world. Many saints and believers have been bestowed with this divine gift, and have known to live a life that constituted of unbelievable miracles. SpiritualRay explains what Stigmata means in Christianity and how it affects those who receive it. 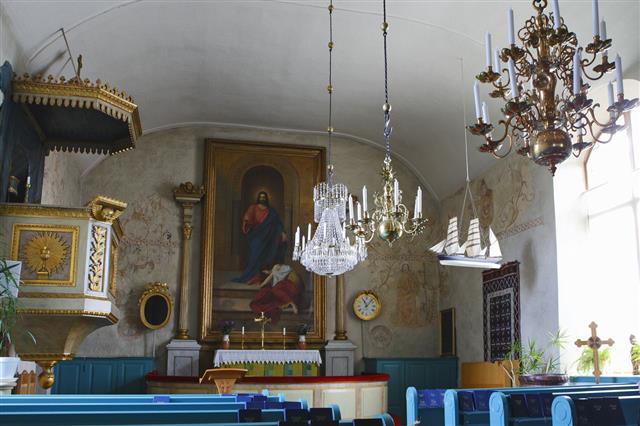 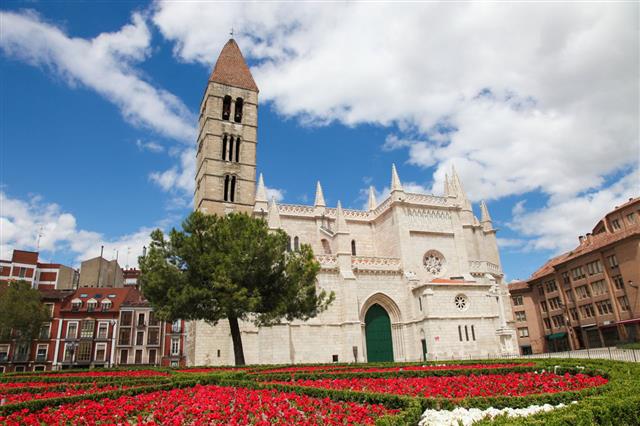 Christian theologian Ivan Illich states in his paper, Hospitality and Pain, that “Compassion with Christ… is faith so strong and so deeply incarnate that it leads to the individual embodiment of the contemplated pain.” Which means that exceptional devotion and poignancy is what leads to Stigmata in those believers that have an immense desire to be a part of the suffering of Jesus Christ.

Stigmata is a plural word that is derived from the Greek word ‘στίγμα’, which means ‘stigma’. Among the varied meanings that this word has, in this particular case, it is used to describe a mark or a tattoo.

By definition, stigmata refers to the “bodily marks or pains resembling the wounds of the crucified Jesus and sometimes accompanying religious ecstasy”, as described by Merriam-Webster. Those who bear these marks are known as stigmatists. In Christianity, these wounds are considered to be a blessing and the marks are that of purity and holiness.

The Bible records Saint Paul stating that he was the bearer of stigmata. The English Standard Version of the Bible mentions in Galatians 6:17, “From now on let no one cause me trouble, for I bear on my body the marks of Jesus.” However, after St. Paul, it was St. Francis of Assisi who became the first person to receive the Holy Wounds in the year 1224.

Interestingly, there are no known records of anyone to actually have received stigmata before him, after the time of Christ. Let us understand about this phenomenon in an in-depth manner through the section below.

What are Stigmata in Christianity?

Bearing the wounds of Christ and experiencing the agony and pain that He suffered for our sins isn’t just a blessing, it is a mission of something far greater than this whole phenomena. Jesus chooses the worthy to be a part of the mission to redeem the sinners, to save their souls from the eternal fires of Hell.

Therefore, the one who receives stigmata becomes the “co-redeemer” alongside our Savior, and by sharing in the sufferings and pain, he/she repents for all of us who don’t seek penance. Stigmata are a blessing that is bestowed upon only those believers who value it and are worthy and capable to face the consequences and changes that it brings along.

✝ History has witnessed many believers to have been blessed with stigmata. However, there is no definite pattern for the same. Mostly, ecstatics bear all five, or some of the five wounds that Christ received while He was crucified. These include wounds on the hands/wrists, feet, and side of the chest. Apart from these, the occurrence of wounds on the back (resembling scourging), bruises on the wrist (that occur when tied by a cord), and wounds on the forehead (resembling those that came from the Crown of Thorns) are also seen.

Some stigmatists also experience phenomenon such as sweating blood, or exhibit tears of blood. It is indeed a miracle that in spite of all the blood loss and suffering involved, the wounds never heal and never get infected. In fact, the blood from these wounds emits a sweet scent, like that of a perfume, known as the ‘Odor of Sanctity’.

✝ While these signs are quite overwhelming, some bearers have received God’s mercy when they prayed for the visible signs to disappear from their bodies, and be left with what is called ‘Invisible Stigmata’. Such was the case of St. Catherine of Siena. However, there have been cases where people have received invisible stigmata in the first place, where only the pain and ecstasy was felt, without any outward marks.

✝ Stigmatists are not only known for the bearing of Christ’s wounds, but also because of other miraculous abilities that they display. Many are known to exhibit inedia―the ability to survive without any food and water, and only consuming the Holy Eucharist.

To your surprise, most of these stigmatists don’t experience loss of health or weight due to lack of food and water, as if the Holy Eucharist gives them all the nourishment they need. Such was the case of German mystic and stigmatist Therese Neumann, who reportedly didn’t consume any food or water for almost forty years, and until her death, took only one consecrated sacred Host daily. Invariably, stigmatists are known to have constant urges to receive Holy Eucharist on a daily basis.

✝ Many recipients of stigmata have also known to be performing miracles such as levitation, bilocation, and bearing the charismatic gifts. Charism gives them the gifts of prophecy, healing, wisdom, knowledge, and the ability to interpret and speak in tongues.

✝ Another pattern that has been noticed among those with stigmata is that the suffering and ecstasy elevates on Thursdays, especially during late evenings, and ends on Fridays around 3 or 4 in the afternoon. While many stigmatists have permanent wounds, in some cases―such as that of St. Gemma Galgani―the wounds appear only on Thursdays with continual bleeding which ceases on Fridays, after which the wounds miraculously disappear. The cycle continues on every Thursday and Friday.

This question arises in everybody’s mind, believer or not, especially when a new case of stigmata comes into the limelight. Even priests have been subjected to severe investigations and suspicion, let alone the normal human beings.

St. Padre Pio, one of the most famous mystic and stigmatists in history, is known to have lived with permanent and visible stigmata for 50 long years. His stigmata was viewed with great suspicion by the Church authorities for which he endured many allegations of faking his stigmata.

During his lifetime, several physicians studied his wounds but couldn’t find any substantial cause behind them. Ultimately, he was canonized by Pope Saint John Paul II in 2002. Interestingly, it was none other than Padre Pio himself who had predicted in 1947 that Karol Józef Wojtyła (as Pope Saint John Paul II was known as a priest) would ascend to “the highest post in the Church.”

Like Padre Pio, many ecstatics have been closely examined and monitored by Church authorities and doctors so as to understand the reality of stigmata. Not all claims turn out to be real, but those that do, are distinguished sooner or later.

The evident miraculous events such as surviving only on the Eucharist, ability to read one’s heart and mind, predict the future, heal the needy, and the like, clearly chalk down all other possibilities but one―The occurrence of Stigmata is real, supernaturally real!

Till date, many people have claimed to receive stigmata, most of them belonging to the Roman Catholic faith. However, there have been many controversies and questions associated with this supernatural occurrence. For starters, many experts question that why would Jesus make us, his children, go through the same pain, when He came to give us life? And if humans too can bear the same agony, what glory then remains in honor of our Savior? This is the reason why many view stigmata as a demonic deception.

Irrespective of the mysteries and controversies that lie on stigmata, the rational mind will always uncover the truth. As per whatever we have discussed in this write-up so far, the Bible itself has the record of St. Paul being a stigmatist. Also, if it was demonic in nature, how could these people bear the intake of the Holy Eucharist, or feel calm and at peace when surrounded with the Crucifix or images of Jesus and Mary? Keeping all the aspects of this process in mind, we can conclude that stigmata is a blessing that is given to the highly compassionate and religious, so that they may know our Savior and the Blessed Mother more closely, partake in their peace and pain, and help the sinners redeem from the clutches of evil. Amen. 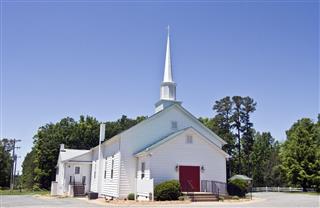 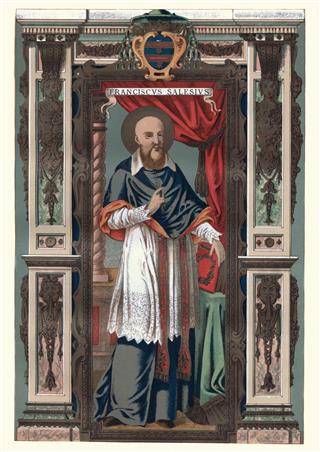 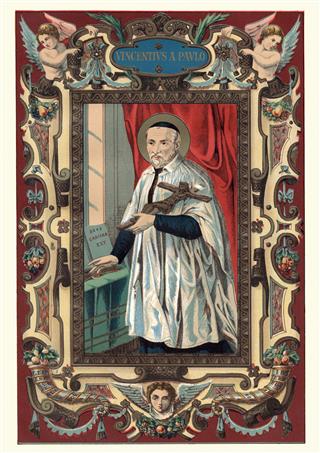 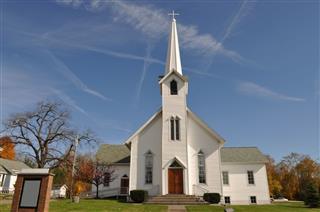 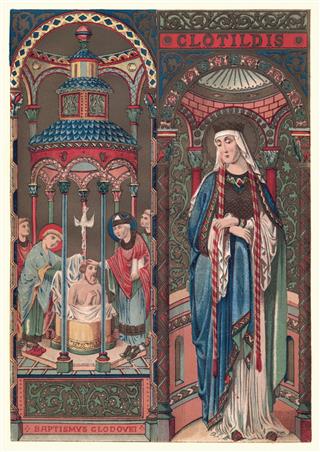