Religious Tidings: Who are the Archangels and What Do They Do?

Although they may have gained prominence in recent years due to the surge of fantasy fiction, archangels or the chief angels are mentioned in almost all major monotheistic religions including Christianity, Judaism and Islam. This SpiritualRay article elaborates more on these spiritual beings and their roles.

Home / Uncategorized / Religious Tidings: Who are the Archangels and What Do They Do? 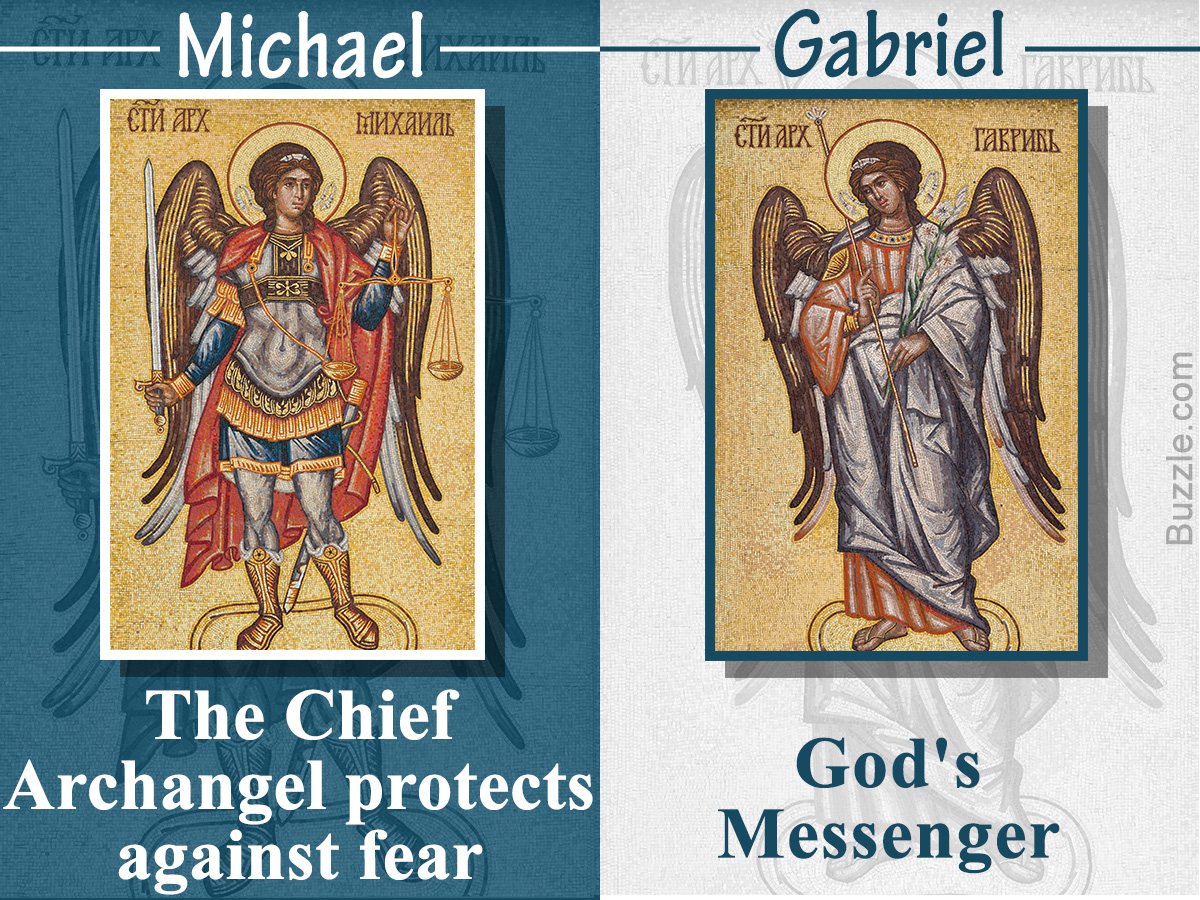 Although they may have gained prominence in recent years due to the surge of fantasy fiction, archangels or the chief angels are mentioned in almost all major monotheistic religions including Christianity, Judaism and Islam. This SpiritualRay article elaborates more on these spiritual beings and their roles.

For the Lord himself will descend from heaven with a cry of command, with the voice of an archangel, and with the sound of the trumpet of God. And the dead in Christ will rise first.
Thessalonians 4:16

Of late, they have been portrayed in popular fiction and other mass media as the ultimate immortal spiritual beings who protect people (more specifically some damsels in distress). But did you know that references to angels and archangels are not new? In fact, religions and mythologies around the world have some or the other references of archangels.

Archangels or higher-ranking angels have been mentioned in Judaism, Christianity, Islam and other world religions like Zoroastrianism . The word angel is derived from the ancient Greek word ángelos which refers to the bearers of messages or news while archangel in literal terms is the ruler of these angels. Distinguished by their different characteristics, these archangels are allotted different responsibilities by God himself.

While references to the presence of archangels is not contested, there is a lot of debate on who they are, what they do and their number. Every religion has a different take on their number and duties. Here, we try to unravel the mystery of the archangels and their duties in different religions.

In Christianity, there are several references to angels who are often represented as spiritual messengers between God and men. However, the word archangel occurs in only two verses in the New Testament. In Jude 1:9, But even the archangel Michael, when he was disputing with the devil about the body of Moses, did not dare to bring a slanderous accusation against him, but said, The Lord rebuke you! and in Thessalonians 4:16.

The Roman Catholic church rejected the existence of all other archangels except for Michael, Gabriel, Raphael and Uriel in the Lateran synod held in 745 C.E. Among these, Uriel is mentioned in “The Fourth Book of Esdras” and is often not venerated by the Catholic Church.

The protestant Bible refers to only two angels, Michael and Gabriel. Most protestants view Michael as the sole archangel mentioned in the Bible. Gabriel on the other hand is never referred to as an archangel.

Jehovah’s Witness believes that there is just one archangel and that is Michael who is referred to as Michael “the archangel” (Jude 9). Thessalonians 4:16 states that because the Lord himself will descend from heaven with a commanding call, with an archangel’s voice and with God’s trumpet, and those who are dead in union with Christ will rise first, they believe that the voice of Jesus is that of the archangel and therefore Jesus himself is the archangel Michael.

The Eastern Orthodox Church or the Orthodox Catholic Church mentions seven archangels by name which include:

Traditional Jewish culture has held a belief in angels that fulfill divine commands and carry spiritual messages from the divine one. However, early references of specific archangels are hard to find. It is only in post-Biblical Judaism especially in the apocalyptic literature that certain angels gained prominence and were named. In the first book of Enoch the archangels to be listed are Michael, Uriel, Raphael, Raguel, Gabriel, Sariel and Remiel. The rabbinic literature, Hebrew Bible and Talmud also classifies angels into high and low hierarchies.

The Kabbalah accounts for ten archangels, each leading a choir of angels and corresponding to a Sephirot. Among these Metatron leads the highest order of angels known as Chayot Ha Kodesh.

Islam also believes in the hierarchy of angels. Along with the cherubim that sing praises to Allah, there are four archangels as well. These include:

Mikal or Michael, the provider: He is charged with the distribution of nourishment to the creatures, and also brings with him thunder and lightning on earth.

Jibril or Gabriel, the revealer: The archangel responsible for revealing the Qur’an to the Prophet Muhammad.

Izra’il of Azrael, the angel of death: He is responsible for parting the souls of the human from their body. Based on the person’s good or bad deeds the soul is either ripped out painfully or separated like a “drop of water dripping from glass.”

Israfil, the angel of Last Judgment: Although his name is not directly mentioned in the Qu’ran, but according to the Hadith he is the angel who blows the horn on Judgment day

Besides the Supreme Being (Ahura Mazda), Zoroastrianism recognizes various other spiritual beings. Among them are the Amesha Spentas or the archangels. These beneficent immortals are the highest spiritual beings of the religion. Their names and roles are:

Despite the confusion about the number of archangels, three of these angels have been prominent in most religions.

Also known as: Mikhael, Mīkhā’īl , Mikail, Saint Michael and Mîkhā’ēl
Meaning of Michael: Who is like God
References: Book of Daniel, Book of Revelation (New Testament), Epistle of Jude
Portrayed as: Angel warrior with a sword
Energy Color: Blue

The leader of all archangels and the celestial armies who is mentioned in almost every monotheistic religion, Michael is the angel who is considered to be the “Viceroy of Heaven.” In fact, religions like Jehovah’s Witness recognize Michael as the only archangel.

Similarly, in the Hebrew literature, he is described as an advocate of Israel. The flaming sword that he carries is used to cut the etheric cords and provide protection from Satan or negative energies. He is in charge and protects people against doubt and fear, physically and emotionally.

Like Michael, Gabriel too finds place in almost all major religious text.
References from Qur’an include: Whoever is an enemy to Gabriel – it is [none but] he who has brought the Qur’an down upon your heart, [O Muhammad], by permission of Allah, confirming that which was before it and as guidance and good tidings for the believers.
Surat Al Baqarah 2:97, the Qur’an

In the Bible, Luke 1:30-31 , Gabriel delivers the news to Mary saying Do not be afraid, Mary; you have found favor with God. You will conceive and give birth to a son, and you are to call him Jesus. He will be great and will be called the Son of the Most High.

The Jewish tradition also considers Gabriel as standing besides God’s throne on the left. God charges him with certain tasks like sending Gabriel to destroy the ancient city of Sodom, filled with wicked people.

The archangel Raphael is often depicted as holding a staff and caduceus emblem. He is mentioned in the Book of Tobit which is recognized canonical by Catholic Christians, Orthodox Christians, and some Anglicans, and is associated with both physical, emotional and spiritual healing. Instances of his healing powers are displayed in the instances when he heals Tobit of blindness using fish galls and cures a woman named Sarah from the demon that had been tormenting her.

In addition to being the angel of healing, Raphael is also associated with traveling. He accompanied Tobiah, Tobit’s son as a traveling partner Azarias the son of the great Ananias, often removing the obstacles in his way. Once the journey is over, Raphael reveals his true name as the angel Raphael, one of the seven, who stand before the Lord – Tobit 12:15

In Islam, Raphael is known as Israfil, and is mentioned in the Hadith as the angel who blows the trumpet on Judgment day.

Archangels have served as an inspiration to artists and there are many depictions of these divine beings. Their existence in almost all monotheistic world religions including Judaism, Christianity, and Islam proves their importance in the belief system. 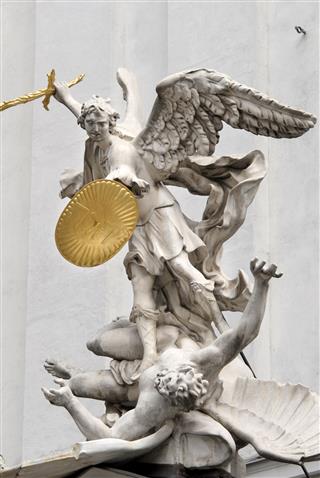 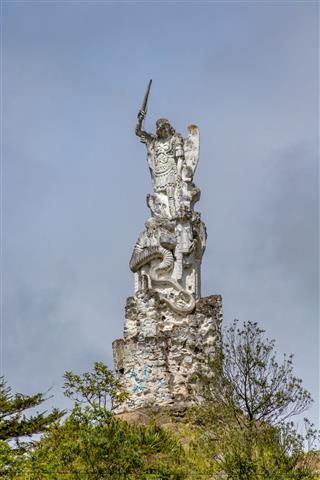 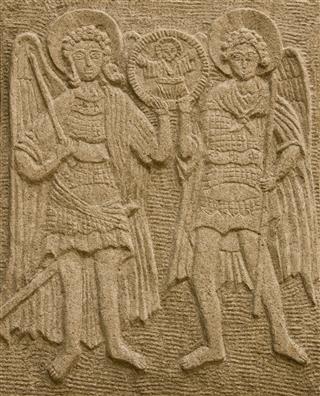