Hercules, the mortal hero of classical mythology, stands for courage, ingenuity, and strength. Here are some interesting facts about this deified mortal. 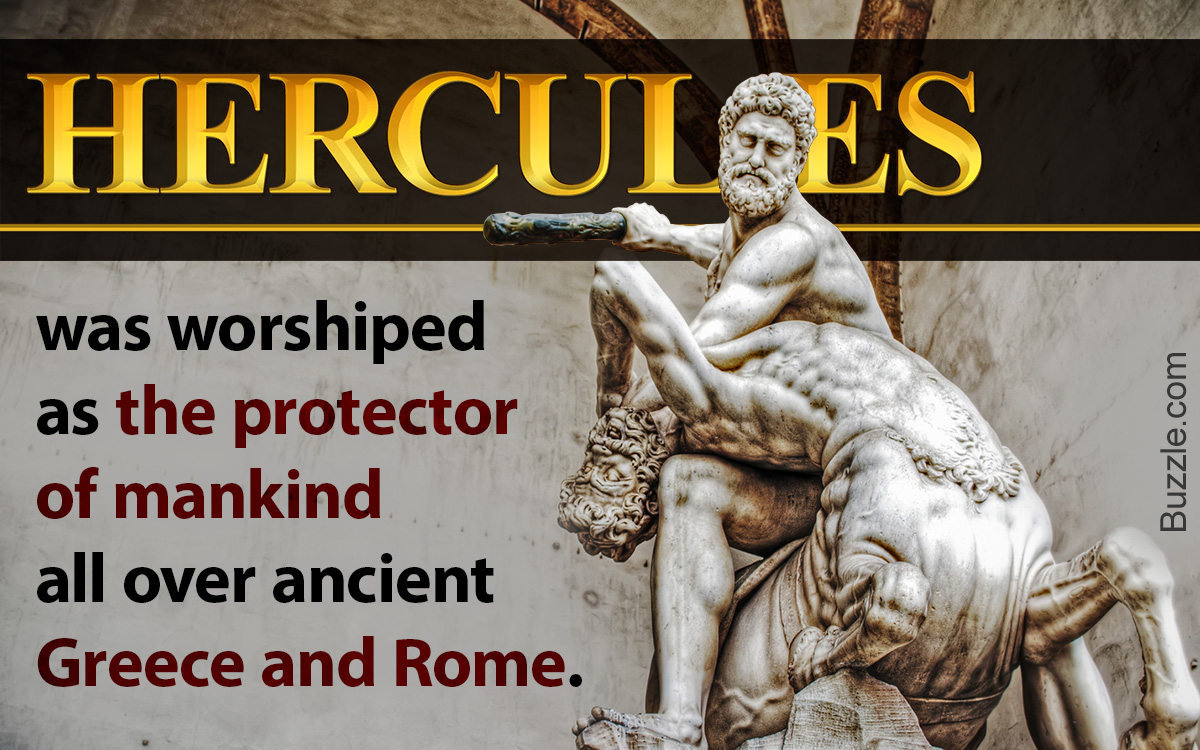 Hercules, the mortal hero of classical mythology, stands for courage, ingenuity, and strength. Here are some interesting facts about this deified mortal.

The Roman emperor, Commodus (161 CE to 192 CE), made Hercules his patron and renamed all the months of the year after the hero’s name.

Hercules (Greek: Heracles) is, by far, the most popular of the divine heroes of classical mythology. He is known primarily for his enormous strength and unparalleled valor. Classical mythology has numerous instances, telling us about seemingly impossible tasks which Hercules managed to complete successfully. This is precisely the reason why even to this day, any kind of difficult task is often referred to as the Herculean task, because there is rarely any other known mortal to have accomplished the kind of feats that Hercules has come to be associated with. Be it an uphill task, such as killing a vicious monster, or a relatively simple one like punishing the notorious bandits and thieves, Hercules is always known to have emerged victorious. Let us delve into the life and times of Hercules through this SpiritualRay article.

The man who was Hercules for the Romans, was Heracles for the Greeks. As with the rest of Greek mythology, the Romans also adopted the myths and iconography associated with Heracles and included it in their religious literature. From then on, the name Heracles seemed to have become obsolete, with the tradition of Hercules gaining momentum and finding a significant place, even in the later popular culture. Here are some interesting facts about the divine hero that was Hercules.

▣ The Greek tradition informs us that Hercules was born to Jupiter (Greek: Zeus) and a mortal woman, Alcmene. Because of being born from a union of a God and a mortal, he possessed numerous divine qualities, except that of immortality.

▣ According to the ancient Greek myths, Heracles was born in Thebes, an ancient settlement in Boeotia, Central Greece. This tradition was also adopted later by the Roman mythographers.

▣ Roman myths (and also Greek) tell us that Jupiter’s wife Juno (Greek: Hera) was so frustrated with her husband’s faithlessness that she seemed to be constantly in a tug-of-war with all the other women in his life. Moreover, his mortal offspring also had to take the brunt of her rage, and Hercules was no exception.

▣ However, there is also one myth that speaks about how Jupiter once tricked Juno into nursing Hercules. However, Hercules suckled so hard that Juno had to push him away from her breast. Her milk was, thus, sprayed across the heavens, leading to the formation of the Milky Way.

▣ We also have an instance wherein, Juno sent two dreadful snakes to kill the infant Hercules, while he was sleeping in his cradle. However, Hercules, even at such a small age, overpowered and killed his attackers.

▣ A 2nd century CE Greek mythographer, Pseudo-Apollodorus, in his treatise―the Bibliotheca―has also mentioned an instance wherein Juno drives Hercules mad. Owing to this, out of his madness, he kills his entire family, including his wife and three children.

▣ We also know from the myths that the famous 12 labors, which Hercules had to complete for King Eurystheus of Tiryns were actually set by Juno as a challenge for the Hero. Myths also tell us that Juno often intervened (as Hercules went on succeeding in completing the labors one by one) by attempting to make matters worse for Hercules; however, this did not discourage the hero.

The adventures of Hercules which occupy the most important place in the classical mythology are undoubtedly his 12 labors. These were as under:

Fifth Labor: Cleaning the Augean Stables in a single day

Ninth Labor: Obtaining the girdle of Hippolyta, the Queen of the Amazons

Tenth Labor: Obtaining the cattle of the monster Geryon

Eleventh Labor: Stealing the apples of the Hesperides

Throughout his life, Hercules went through many adventures. While he is known most for his 12 labors, in which he defeated numerous vicious monsters almost single-handedly, there were also several ‘minor’, but equally challenging tasks that the hero undertook and emerged victorious each time.

▣ During his tenth labor, as the hero was returning to Greece (via Italy, according to the Roman lore) with Geryon’s cattle, a fire-breathing giant called Cacus stole from the herd. When Hercules realized this, he slew the giant and took the cattle back from him.

▣ Atlas, the Titan who was forced to hold the entire world on his shoulders, was wary and frustrated with the task. During his 12th labor, Hercules entered into an agreement with the Titan wherein, the hero would take on his burden for sometime, if Atlas agreed to get him the apples of the Hesperides.

▣ Deianeira was Hercules’ third wife. While the hero sought her hand in marriage, Achelous, a river deity, also wished the same. He challenged Hercules to wrestle with him, in which Achelous was defeated, and Hercules married Deianeira.

▣ Antaeus, a Libyan giant, was jealous of the valor and successes of Hercules. The giant challenged the hero for a wrestling match, but Hercules defeated him quite easily.

▣ The Titan Prometheus stole the sacred fire from the gods, and hence, as a punishment, was chained to the peak of Mount Kaukasos. Here, a gigantic eagle known as the Caucasian Eagle, constantly fed on the giant’s ever-regenerating liver, and this made the Titan very weak. Hercules freed Prometheus by killing the Caucasian Eagle.

After having successfully completed all uphill tasks and often unbelievable adventures, the myth that gives us an account of the hero’s death is indeed disappointing. When the centaur, Nessus, tries to abduct Deianeira, Hercules saves her by killing the beast with one of his poison-tipped arrows (some accounts mention club instead of arrow). However, before dying, Nessus gives Deianeira a tunic soaked in his blood and tells her that it will help her incite love in her husband. When Deianeira tries the trick on Hercules, it instead turns out to be toxic for the hero, who then breathes his last. After his death, Hercules is taken to Mount Olympus, where he marries Hebe (the goddess of youth) who dwells amongst gods.

The Cult of Hercules

Temple of Hercules Victor, Rome
As the Roman mythographers adopted the tradition of Hercules from the Greek mythology, the hero also developed some distinctly Roman characteristics. By the 5th century CE, it was established that Hercules had visited the Roman mainland, at least once during his 12 labors. Owing to this, there began to develop a huge cult of Hercules in ancient Rome.

Not only did Hercules have several temples, big and small, dedicated to him all across ancient Rome (as also in ancient Greece), but he was also worshiped under numerous cult titles. Some epithets that came to be associated with the mortal hero were as under:

Several festivals and rituals were also held in the honor of Hercules. Owing to his extraordinary feats, Hercules was considered to be the deity of men, while women were usually excluded from the festivities held in his honor.

Hercules is essentially characterized by immense strength, courage, and cleverness. Along with Mercury (Greek: Hermes), he is regarded as the protector of wrestling schools and gymnasia. Often portrayed wearing a lion skin and holding a club, he is believed to have made the world worth living for human beings by getting rid of several hostile and extremely dangerous forces.