Meanings of the Auspicious Star of David and Their Significance

Did you ever notice that the Star of David is actually made up of two triangles that are superimposed on each other, resulting in a total of nine geometric figures! The Star of David has a very strong symbolism, specifically with reference to the Jewish faith.

Did you ever notice that the Star of David is actually made up of two triangles that are superimposed on each other, resulting in a total of nine geometric figures! The Star of David has a very strong symbolism, specifically with reference to the Jewish faith. 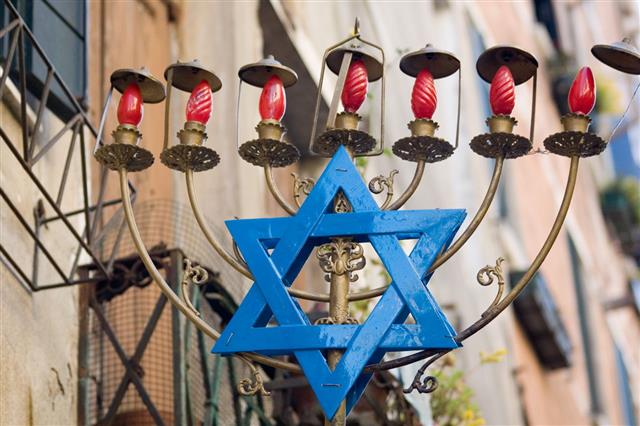 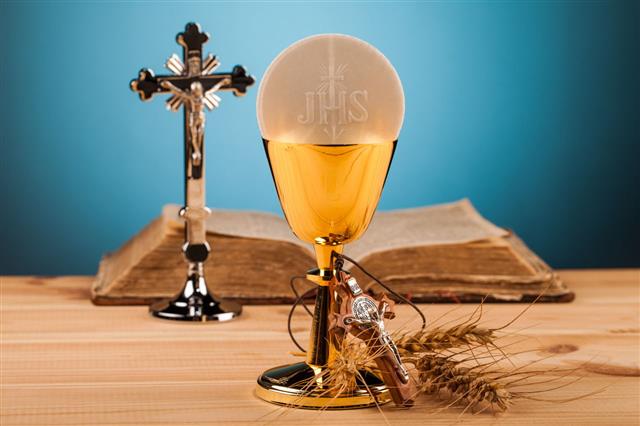 Just like the Cross symbolizes Christianity, the Om sign symbolizes Hinduism, and the Crescent moon represents Islam, in the same manner the Star of David is a symbol of Judaism.

The six-pointed star is known as the Star of David. It is also known as “Magen David”, meaning ‘Shield of David’ in Hebrew. The 9 geometric figures mentioned previously, that compose the Star are actually 8 triangles (6 small ones that form the corners and the two main triangles that are superimposed upon each other) and 1 hexagon (the inner shape, flanked on all sides by the 6 small, outer triangles). It is mainly associated with the Israelis and Judaism. It is also seen on the Israeli flag and symbolizes unity.

The Star of David Represents…

It is a symbol of unity and hope for Jews and a form of identification for the followers of Judaism.

The Star of David has all its triangles intertwined. This shows that our soul is linked to the Lord Almighty in each and every aspect.

This sacred symbol was seen on the round metal shield of King David and is believed to have brought him many glorious victories, not by his own might but because of the protection he received from the Almighty.

One thing is for sure, the star represents the hundreds and thousands of years of struggle, that the Israeli wanderers had been through.

Some Kabbalists say that the six points represent the absolute rule of God over the universe in all directions. The north, south, east, west, zenith and nadir are all under one God’s rule. It may also symbolize the dual nature of good and evil, and is used to protect one against the evil spirit.

Adolf Hitler during the World War II forced the Jews to wear a yellow Star of David as a ‘badge of shame’. The star was yellow, as the color was associated with the supposedly negative and stigmatizing way of the Jews.

Today, the blue Star of David is looked upon as a symbol of unity, honor, and respect. The six sides and the center describe the six working days. Also on the sixth day, God created man and woman, and the hexagon in the center represents the Sabbath.

The Magen David – also known as the Shield of King David – is a well-known Jewish symbol, seen distinctively on the Israeli national flag as a sign of hope and protection for every Jew.

The origin of the Star of David is kind of vague. It was also used by Christians, Hindus, and Muslims at some point of time. It had never been mentioned in the Rabbinic literature till the middle ages. After the middle ages, a deeper spiritual meaning was associated with the star by Kabbalists.

The Magen David was first used as a Jewish symbol in Prague, Czechoslovakia, in 1354. Jews were given the right to have a flag by Emperor Charles IV. The Jews chose the double triangle star as their symbol. When the Emperor was welcomed to the city in the 1500s, they displayed the star on their banners. In the 1600s, Emperor Ferdinand II ruled over Prague and the city was attacked by Swedish forces. The Jews defended the city for the emperor, and as an appreciation they were given the right to adopt a coat of arms. This was an exceptional honor, as it was only bestowed upon the people from the noble families.

The Star of David still dicey as to why the six-sided star was chosen as the Jewish symbol as the ‘Menorah’ – a seven-flame candle stand – was also commonly associated with the Jews. But it was the Star of David that gained maximum popularity. There are certain theories regarding the Star of David symbol, like one that says Alexander the Great had conquered Jerusalem. The Jews had to fight for their religious freedom and the shields designed for the soldier had the six-pointed star.

One of the triangles stood for King David and the other triangle symbolized the Messiah. Soon, it became a symbol of the Jews and was used as an architectural decoration for many Jewish buildings.

The Zionists assigned national significance to the star during the founding of Israel and gave it a place in the center of the white banner between the two horizontal blue lines.

The yellow Star of David is a reminder for all to never forget the holocaust. Six million Jews were persecuted by the Nazis. During the era of the Holocaust, Jews in France, Holland, Belgium, Croatia, Slovakia, and Romania were discriminated against and ordered to wear the yellow Star of David. Their passports were also stamped with a prominent ‘J’ marking in red. Jews were burned, gassed, machine-gunned and also sent to extermination camps as Hitler believed that it was the Jews that caused Germany’s defeat in World War I. He also considered them to be racially inferior and wanted to completely annihilate the entire Jewish race in Europe. This devastated and eliminated many Jewish communities in Europe. However, this yellow star of shame was later converted into a blue star of honor, and is also seen fluttering on the Israeli national flag as a sign of hope and protection for every Jew.

Jerusalem (Yerushalayim) is the capital city of Israel. The blue Star of David is prominently seen in the center of the Israeli flag with a white background and placed in between two horizontal blue stripes. It was officially established in the year 1948, after the independence. The Jews struggled and wandered a lot, and finally have a homeland to call their own. The white background stands for peace, light, struggle and honesty whereas the blue background stands for faith, trust, unity and heaven. The Israeli emblem was adopted in the year 1949, which is a seven-flame candle stand, called the Menorah, surrounded by an olive branch on each side. There are different color variations to the Menorah, but the blue Menorah is the commonly used emblem by government officials.

The Star of David is a symbol that is also seen among other religious architectures, coins, on tombs, swords and shields.

Christians have Jewish roots and consider the Star of David with the cross set in the center as uniting the Old and the New Testament. The Star of David is also seen on stained glass windows of very old churches. The cross represents the sacrifice that Jesus Christ made for mankind, and the Star of David honors his inheritance.

The Star of David is identical to the Hindu symbol ‘The Shatkona’ or the Star of Goloka, the eternal home of the Hindu deity Krishna. The upward-facing triangle stands for Shiva – the masculine side of the divine cosmic entity – and the downward-facing triangle stands for Shakti – the feminine side of the divine cosmic entity. The union of the two trikonas or triangles represents the supreme being unified as one.

King David along with his son Solomon are highly notable prophets among the Muslims. Many religious Islamic monuments, prayer towers, mosque domes, artifacts, coins and flags have displayed the Star of David. It is more often associated with King Solomon (the Seal of Solomon), than with King David. This concludes that the hexagram or the Star of David was used by many religions including Christianity, Hinduism, and Islam.

Some people also consider the Star of David to be a pagan symbol – a symbol of witches and occult practitioners – because there is no written evidence of the symbol being mentioned in any of the religious doctrines. Many scholars also debate that this hexagram has sexual connotations and is just another ancient pagan symbol. This may sound offensive to many. The two principles may either be right or wrong. Hence, it is totally up to an individual to decide whether to consider this symbol as a sign of protection or destruction.

The Star of David is believed to protect one from the evil eye. It represents rich religious history and is considered as a symbol of pride among the Jews and others alike. You would also find a Red Star of David on all the Israeli ambulances. It is believed to bring good health and protection. Therefore, decide for yourself if you want to wear it to pay tribute to the people who fought and shed their blood for their religion, to feel the positive vibes of this auspicious symbol, or just as a fashion statement. 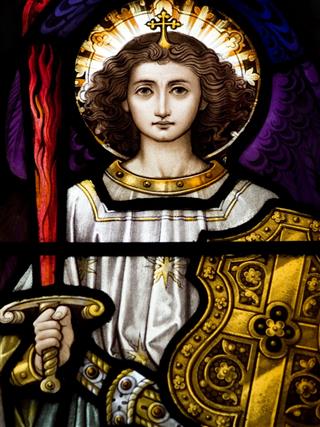 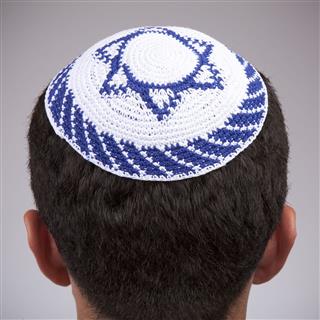 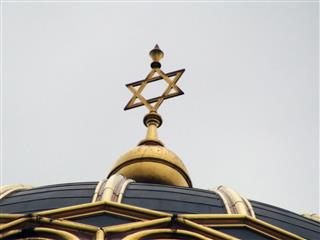 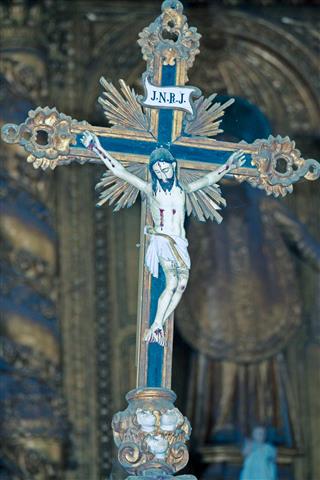 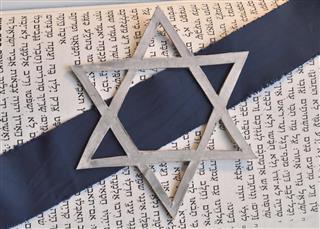 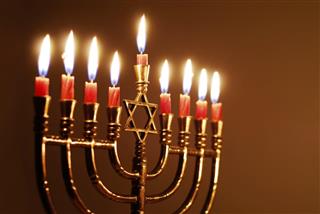 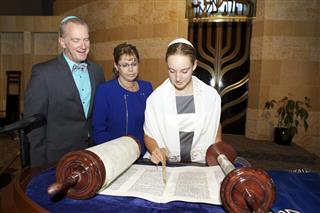